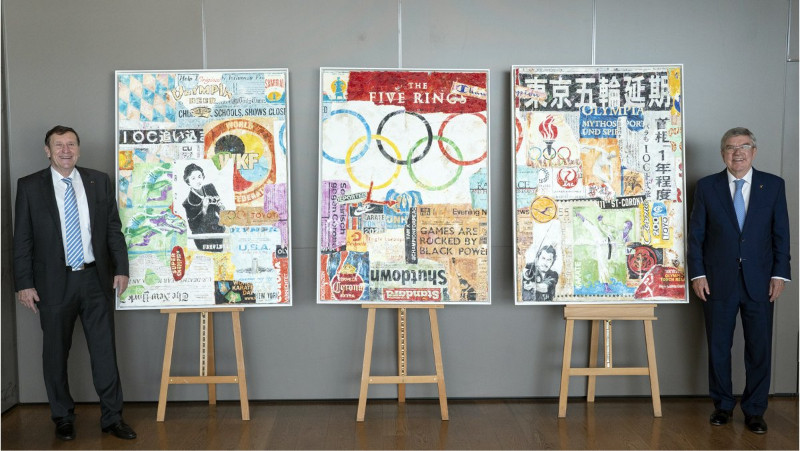 The Olympic Museum in Lausanne (Switzerland) has received an artwork denominated “Karate Wall” to celebrate the Olympic debut of Karate and to honour the wide history of the sport.

Created by renowned artist Jens Lorenzen and commissioned by the German Karate Federation President Wolfgang Weigert, the artwork was delivered and donated to the Olympic Museum in an event that had the participation of IOC President Thomas Bach.

A three-part exhibition of 1.40 x 1.00 meters per display, the “Karate Wall” represents the debut of Karate in the Olympic Games in an appealing visual manner.