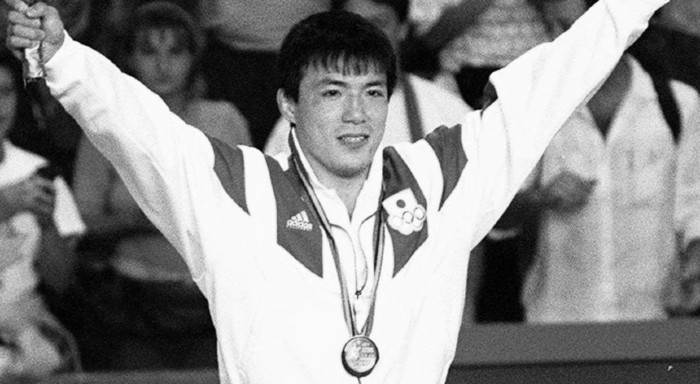 He was also three times world champion (Belgrade 1989, Barcelona 1991 and Chiba 1995). Koga will be remembered as one of the finest judo practitioners of all time. He is regarded as having perhaps the greatest ippon seoi nage ever.

His record is undeniably one of the most extensive in world judo and if his tenure as a respected and appreciated coach of the Japanese national team isn’t enough, what judo fans will remember, above all about the man, is the creativity he displayed throughout his career. Champion in two different categories (-71 and -78kg), he engraved planet judo with his legendary ippon-seoi-nage, his morote-seoi-nage with one hand and his sode-tsuri-komi-goshi with the reverse entry.

He said, “I think you always have to have an open mind to take new approaches and new paths in solving problems.” This was his motto and he applied it until the very end of his life.

Koga announced his final retirement from competition in 2000, and became the head coach for the All-Japan women’s judo team.

In April 2003, he founded the Koga Juku, a judo school for young children, in Takatsu-ku, Kawasaki. One of his pupils, Ayumi Tanimoto, won the gold medal in the -63 kg division at the 2004 Summer Olympics.