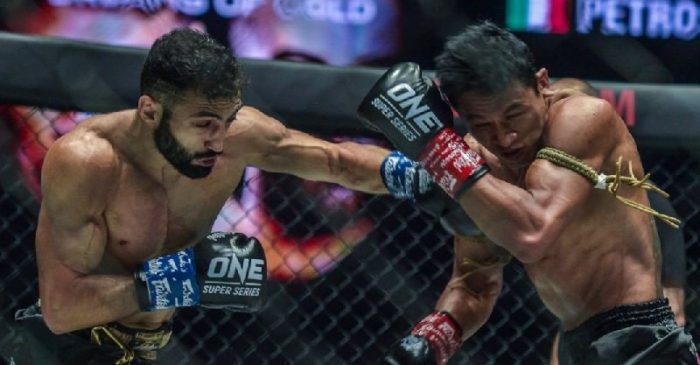 ONE Chairman and CEO Chatri Sityodtong unveiled the main attractions of the card, titled ONE: Inside the Matrix, on Facebook on Monday.

“I am super pumped to announce that ONE: Inside The Matrix will feature 4 world championship title bouts on October 30,” Sityodtong wrote. “If you love ferocious action with devastating finishes, then you CANNOT miss this one! I predict that all of these world title fights will end in spectacular fashion with a KO or a submission. DO NOT BLINK!”

The four title fights on the bill for ONE: Inside the Matrix are as follows:

Speaking on Monday evening media conference call, Sityodtong stated that the rest of the ONE: Inside the Matrix card should be unveiled next week.

“I will talk about the October 30 card in more detail next week,” the ONE boss said. “I just wanted to reveal the first four title bouts — Aung La N Sang versus Reiner De Ridder, Christian Lee versus the undefeated Iuri Lapicus, Martin Nguyen versus Than Le, and Xiong Jingnan versus Tiffany Teo. I’m not gonna reveal the rest of the card at this time.”

This October 9 fight card will occur in ONE Championship’s home base of Singapore, in partnership with the government of the country.

“I’m super grateful to the Singapore Government for extending its help in every area and working collaboratively to allow ONE Championship to lead the way,” Sityodtong said of this partnership. “So in many ways we are the international pilot test. If we are successful then we’ll have the blueprint for other music and entertainment events to start internationally in terms of international events in Singapore. You know everything is new, and we are working very very close, literally everyday with meetings and calls with various agencies and the Singapore Government. So many agencies are involved in helping us.”