Oscar Valdez with a brutal knock out win over Miguel Berchelt 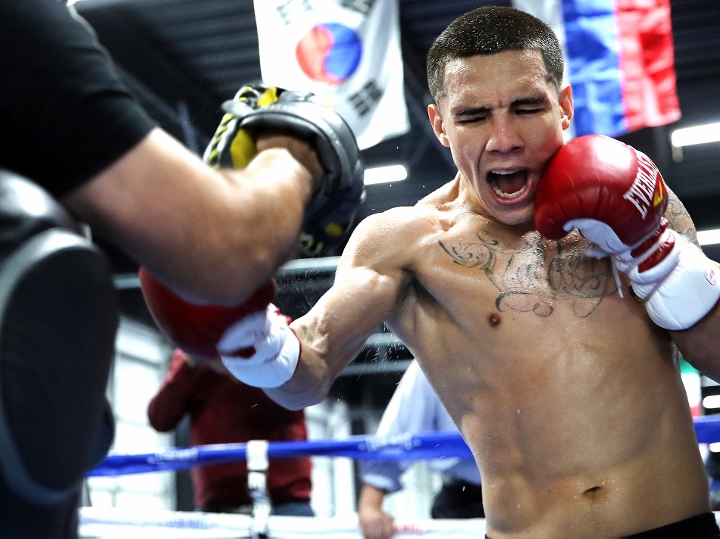 Oscar Valdez pulled a solid upset, even with late money coming in on him Friday and Saturday, violently knocking out Miguel Berchelt at the end of the 10th round to win the WBC junior lightweight title.

Valdez didn’t just knock Berchelt out, though, he dominated this fight, boxing near perfectly from start to finish, putting in a clear career-best performance in the biggest fight of his life, becoming a two-division champion in the process.

Round 3 underway in The Bubble, and @oscarvaldez56 comes out sharp & effective, just as he was in the fight’s first 6 minutes.#BercheltValdez Main Event LIVE NOW on ESPN & ESPN+ pic.twitter.com/osF6vsSau3

An explosive left hand at the bell in Round 10 closes a masterful performance, and he is now a 2-time world champion! 🇲🇽👑#BercheltValdez | #AndTheNew | ESPN pic.twitter.com/HFw8eT7Mqm

Berchelt, to be clear, was definitely hurt on the KO, was down a couple of minutes, but did get up to a seated position, was communicating, and was stretchered out and rushed to a hospital.

As for the fight, Valdez just had a perfect plan here, and executed magnificently. He was quicker, sharper, faster — he had an outstandingly great performance in this fight, and he proved a lot of people wrong, no question.

“There’s nothing better in life than proving people wrong. I had a list of people who doubted me. My idols doubted me. Boxing analysts doubted me,” Valdez said. “They said Miguel Berchelt was gonna knock me out. But I got a message to tell everybody: Don’t let nobody tell you what you can can and can’t do. Always work hard and be disciplined in life. Try to do your best, stay disciplined, and never let anyone tell you you can’t do something. Prove them wrong.”

Valdez credited his team and family with helping him get the win.

“It wasn’t easy training in a pandemic, but try to go for your dreams,” he said. “Always train hard, do your best, try to always be number one. Nothing’s impossible. My team was a big part of this.”

Whether you called the upset or were like the most of us and figured Berchelt (37-2, 33 KO) would take this fight, you can do nothing but deeply respect what Valdez did here. He was, flat out, the better man pretty much all night. He worked with a good, sharp, fast jab, kept Berchelt fully uncomfortable all the way, was slicker and quicker and just the better fighter. Period.