Pacquiao`s team is unsure about fight with McGregor 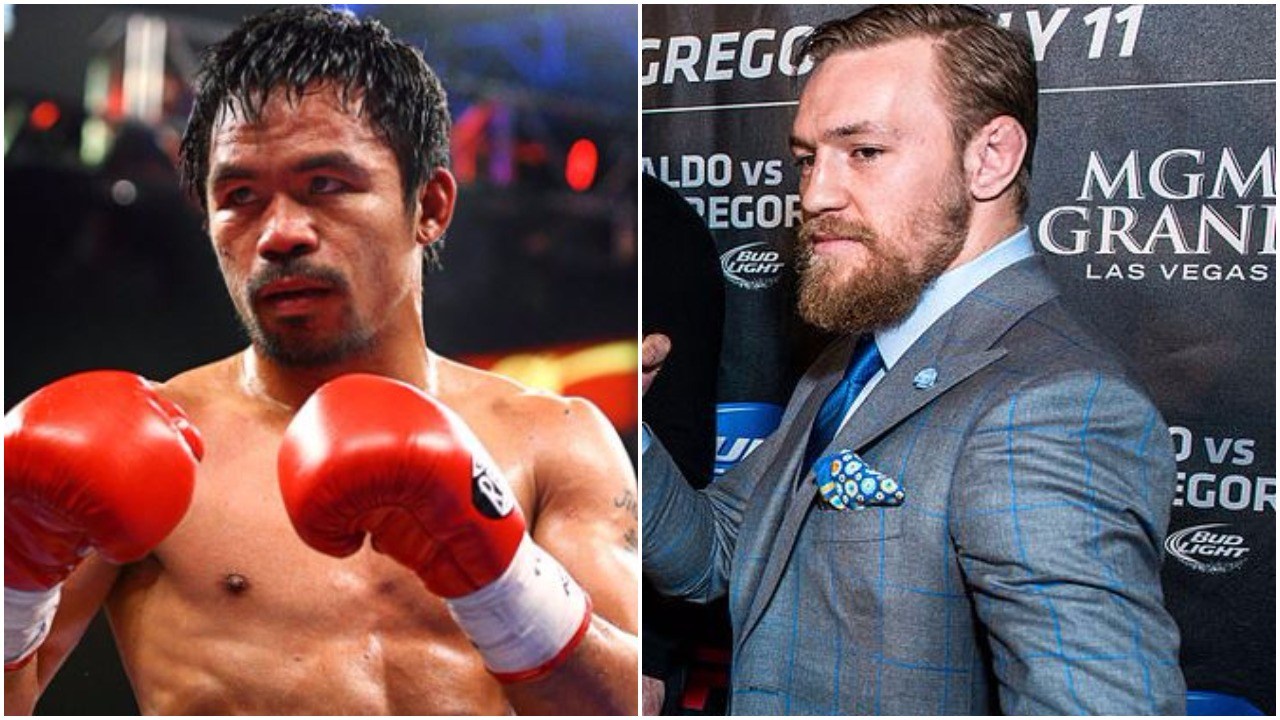 WBA welterweight titleholder Manny Pacquiao is already an all-time legend in boxing and in the general sports world, and as he’s set to turn 42 in December and has increasing duties as a Filipino Senator, there really isn’t much time left for him in the ring, it would seem.

That also means that whatever Pacquiao does from here is probably going to have to be big enough to actually get him into another training camp. A fight with WBO titleholder Terence Crawford was talked about this year, but Crawford promoter (and ex-Pacquiao promoter) Bob Arum has recently said it won’t happen in 2020, with Crawford’s focus now apparently on a clash with Kell Brook, and Manny simply sitting on the sidelines for the time being.

And as much as very serious boxing aficionados sometimes hate to see it come up again, yes, there is still talk of Pacquiao fighting Conor McGregor, the currently officially retired UFC superstar. McGregor, of course, dabbled in boxing in 2017 for a huge money fight with Floyd Mayweather, who stopped the MMA fighter in the 10th round. It was the second-biggest money fight in history, behind only Mayweather-Pacquiao in 2015.

Boxing’s hardcore audience — which in the U.S. isn’t very big and certainly not responsible for the bulk of the money made on big fights, which carry the sport’s relevance overall — don’t seem interested in Pacquiao-McGregor, and it’s understandable from their perspective. McGregor’s not a boxer. If we’re going to see Manny fight again, let’s see him against one of the other current top welterweights, as we did in 2019 when he beat Keith Thurman.

Pacquiao’s team have been reported and rumored to be highly interested, but even that’s not a uniform thing.

“Why even make that guy rich? And it will do absolutely nothing for Pacquiao as far as his legacy. … Manny will destroy Conor McGregor inside the three rounds. He will obliterate him. … I mean, my God, this is boxing. We are boxers. McGregor is an MMA guy and we can’t do MMA, and he can’t box, that’s very simple.”

But Pacquiao assistant Jayke Joson offers a difference perspective, offering the idea that Pacquiao-McGregor could settle a debate as to who was better, Pacquiao or Floyd Mayweather, as if Pacquiao and Mayweather didn’t fight each other in 2015:

“The result of the fight will give us the answer to the question who is the best boxer of all time. And who’s the better boxer — Mayweather who won after 10 rounds or Senator MP? That’s why everybody wants to see Pacquiao versus McGregor to compare it to the Mayweather versus McGregor fight.”

The latter bit is very “promoter-y,” in all reality. The reason to make Pacquiao-McGregor has nothing to do with Pacquiao finding some roundabout way to “prove” superiority over Mayweather, and to go back to Fortune, it’s not even about legacy, and at any rate Pacquiao’s legacy is completely secure. It’s just money. Pacquiao-McGregor would make a lot of money. Everyone involved would make money. And end of the day, that’s why big fights or even semi-circus style attractions happen: money. And in his early 40s as a part-time fighter, Pacquiao also might weigh the risks of fighting Errol Spence Jr or Terence Crawford and decide it’s way more worthwhile to fight someone like McGregor, who has way less of a chance to beat him into retirement, and for more money than he’d get out of the other two fights, more likely than not.