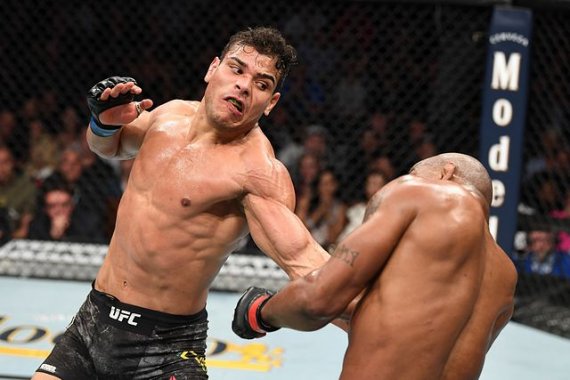 Paulo Costa doesn`t plan on sitcking around at middleweight for too long.

Costa (13-0 MMA, 5-0 UFC) is expected to challenge UFC middleweight champion Israel Adesanya sometime in summer, and he plans on winning the title, then going straight for the light heavyweight champion, if possible.

“My plan is to move to light heavyweight very soon, quickly after my next fight if it’s possible. It depends who, if light heavyweight will have a great name like Jon Jones or not, it depends, but I’m not scared to fight against big guys.”

Adesanya has been trading barbs with UFC light heavyweight champion Jon Jones for a while now, but Adesanya’s plans include clearing out the division first, before a potential move up to face Jones.

But unlike Adesanya, Costa doesn’t want to wait around for too long before heading to 205 pounds, taking aim at Adesanya’s recent comments towards Jones.

“Like the skinny guy Adesanya, he calls Jon Jones out, but when Jon Jones accepts, he says, ‘No I need two years to train,’ … so it’s not good,” Costa said. “Nobody can call something and when his challenge (is) accepted, he says, ‘No, not now.’ This is shameful (expletive). I won’t be that. I’m ready, if I want to fight in light heavyweight right now, I can do that. So I believe after this fight, I will move to the next step, on the next shot.”