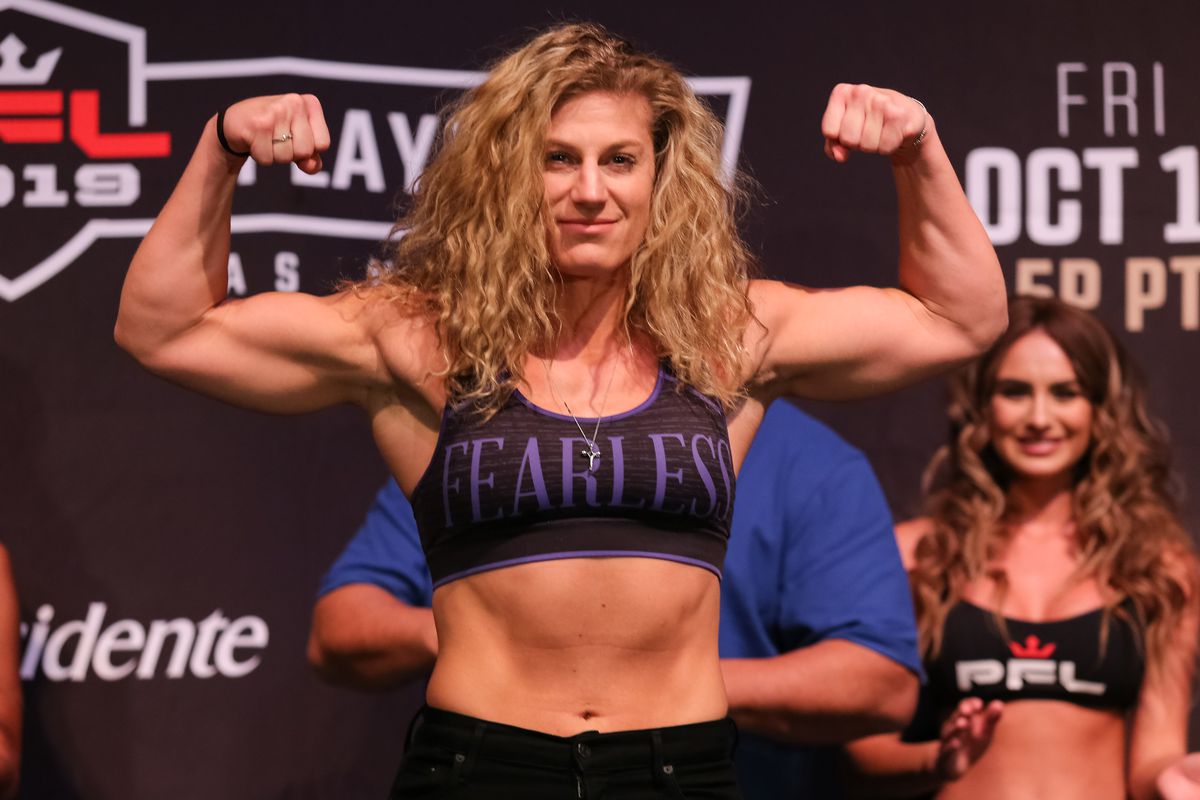 That turned out to be prohibitive favorite Kayla Harrison (7-0), who won a dominant five-round decision over Larissa Pacheco (13-4) in the PFL Championship main event on New Year’s Eve at Madison Square Garden in New York City.

It was the second time that Harrison beat Pacheco after winning a decision over her during the PFL regular season and she was even better this time around, completely neutralizing Pacheco and rarely finding herself in danger.

The 25-year-old Brazilian had her moments, searching for submissions from bottom position and occasionally finding a home for her right hand, but overall Harrison was in complete control. Her takedowns came in a variety of ways, via double legs, body locks, and trips, and Pacheco had to focus most of her own grappling efforts on defense to avoid being finished.

Harrison, a two-time Olympic gold medalist in judo, gave Pacheco zero room to breathe and built her lead on the scorecards with short punches from top position. After four rounds, Pacheco looked exhausted and demoralized, leaving Harrison five minutes away from winning her first MMA championship and a seven-figure check awarded to all six of the PFL’s season champions.

Afterwards, Harrison exclaimed, “Oh my God, Mike Tyson’s giving me my belt!” as the boxing legend placed Harrison’s championship around her waist.

In the co-main event, the second time proved to be the charm for Ray Cooper III (20-7-1). After falling short in the 2018 PFL finals to Magomed Magomedkerimov, Cooper fought his way back to another shot at a $1,000,000 prize and this time he sealed the deal with a second-round TKO of David Michaud (18-6).

Michaud was a major threat for as long as this one lasted, landing heavy punches on Cooper that prompted the Hawaiian fighter to go to his wrestling to stifle Michaud’s offense. Both men had success in the clinch, landing knees and punches to the body, with Cooper eventually getting the best of it at the 2:56 mark of round two. Cooper connected with a clean left hook to the liver that dropped Michaud and then followed up with punches on the ground to finish the fight.

It was a tough end for Michaud’s first season with the PFL, which began with him losing in 17 seconds in his debut—again due to a liver shot—and then rattling off three consecutive wins to book his ticket to the New Year’s Eve show.

Cooper had an uneven regular season and and playoffs, but stepped up when it mattered most to finally capture a long-awaited PFL belt.