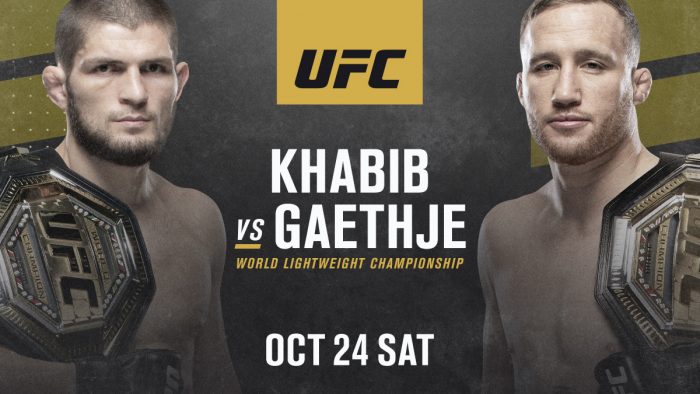 n the main event of UFC 254, Khabib Nurmagomedov is looking to defend his lightweight title for the third time when he battles current interim champion Justin Gaethje. Heading into the fight, the undefeated champ is a -325 favorite while the American is a +250 underdog.

Ahead of the fight, BJPENN.com reached out to several pro fighters to get their prediction for the scrap. The slight majority of pros believe we will hear “And New” as Justin Gaethje will be the first person to defeat Khabib Nurmagomedov.

Marlon Moraes, UFC bantamweight: Gaethje will pull off the upset. It all depends if he can stuff the takedowns and I think he can.

Sam Alvey, UFC light heavyweight: I think Khabib is the best lightweight ever but I think Gaethje will beat him. If they were to fight the same 10 people, I think Khabib beats all 10 while Gaethje only beats eight of them. However, the matchup isn’t good for Khabib as Gaethje can stuff the takedowns and hit him on the feet.

Tim Johnson, Bellator heavyweight: My heart says Gaethje. I think he has the skillset to win by stuffing the takedowns and hurting Khabib Nurmagomedov on the feet.

Giga Chikadze, UFC featherweight: The entire world wants to see this. Khabib is undefeated and I don’t think Gaethje is the one to beat him.

Gillian Robertson, UFC flyweight: Justin Gaethje is the worst matchup for Khabib Nurmagomedov in the division in my opinion. I think he can stuff the takedowns and eventually hurt him on the feet.

Tyson Nam, UFC flyweight: I actually like Gaethje to be the first person to beat Khabib. He has the wrestling pedigree to keep it standing and on the feet, he has the power to knock Khabib out.

Youssef Zalal, UFC featherweight: I have to go with Khabib. I just don’t see anyone beating him, I really don’t.

Modestas Bukauskas, UFC light heavyweight: I like Gaethje. I think he can stuff the takedowns and hurt Khabib on the feet.

Damon Jackson, UFC featherweight: I think Khabib. People can say what they want about wrestlers but the way Khabib dominates with his grappling and grip most fighters don’t have that. Gaethje has a great wrestling pedigree but I don’t think he will be able to keep it standing and when it is standing, he won’t be able to let his shots go as he will nee so worried about the takedown.

Dustin Jacoby, UFC light heavyweight: That is going to be a very exciting fight and I’m a big fan of both guys. Khabib looks unstoppable but we haven’t seen the wrestling of Gaethje. I think Khabib will go for the takedowns and get them. Justin is the most dangerous guy Khabib has faced, but I think Khabib wins the fight.