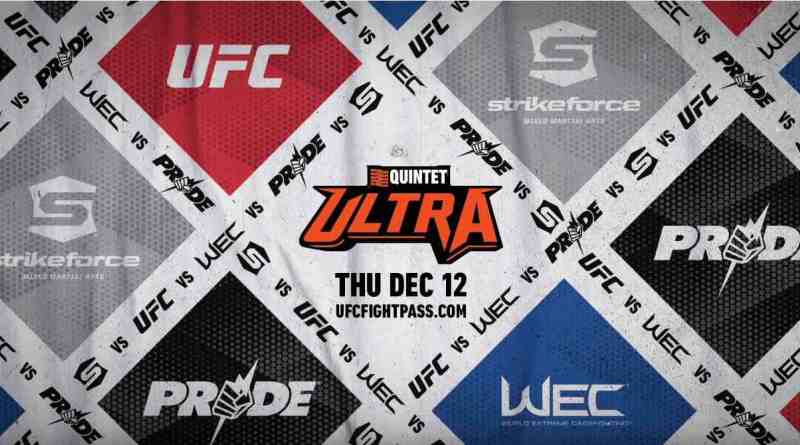 The lineups are set for Thursday’s Quintet Ultra team grappling event, and the opening matchups include a few intriguing contests.

Weigh-ins for the event took place Wednesday at Red Rock Casino Resort in Las Vegas, with each five-member team expected to weigh-in under 950 pounds combined. That didn’t prove an issue, with Team WEC registering 947.2 pounds, Team Strikeforce just behind at 946.6 pounds, Team UFC at 942.2 pounds and Team PRIDE the smallest at 936.6 pounds.

Featuring a unique 5-on-5 team grappling concept where the winning grappler of each match stays on the mat, Quintet Ultra takes place Thursday at the same venue and streams live on UFC Fight Pass.

In the opening round of the tournament, Team UFC takes on Team PRIDE, while Team WEC vs. Team Strikeforce.

In each match, the winning grappler stays on to take on the next representative from the opposing team. In case of a draw, both fighters are eliminated.

The two winning teams from the opening round matchups meet in the finals to close out the night.