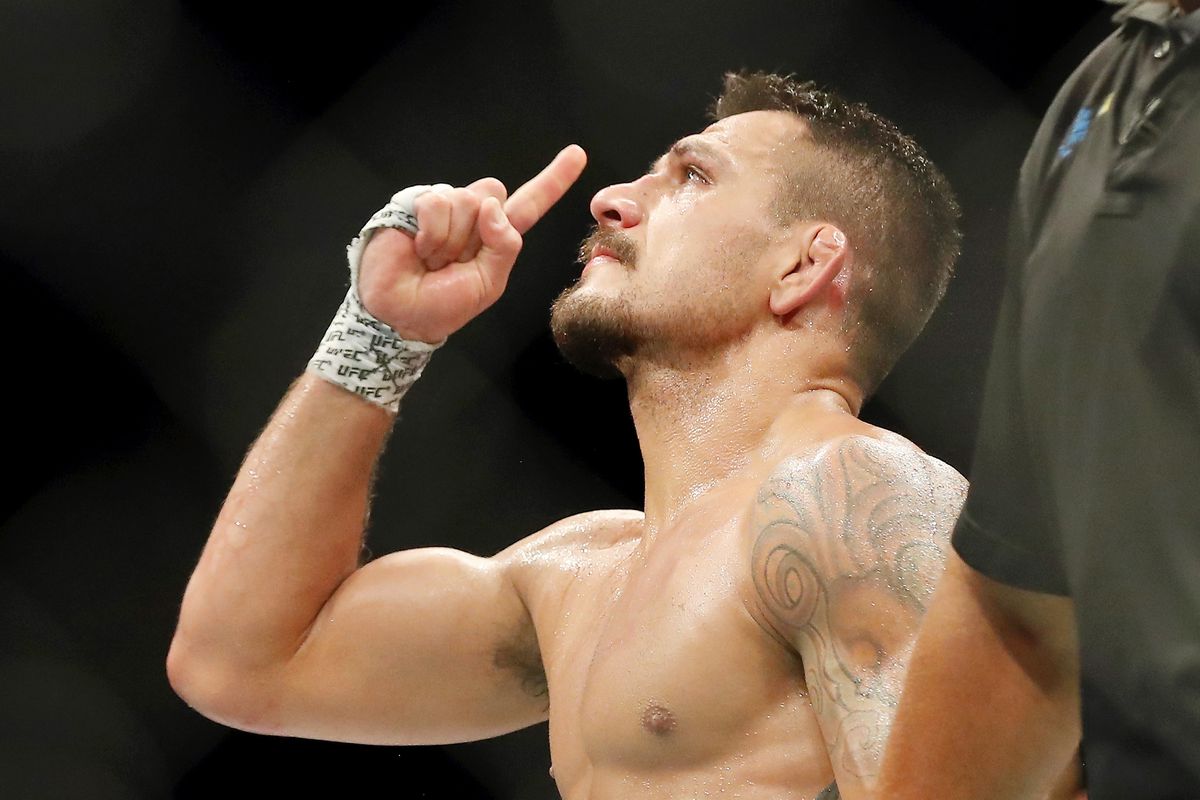 Rafael dos Anjos has staked a new claim to the division he once ruled.

After more than four years away from the weight class, the former lightweight champion returned to his old stomping grounds to prove why he was one of the most ferocious fighters in the world at 155 pounds. From a strong striking attack to a relentless ground game, dos Anjos largely dominated Paul Felder for the better part of five rounds to get his first win at lightweight since 2015.

Technically, dos Anjos won a split decision after two judges gave him the nod with 50-45 scores while a third official inexplicably gave Felder the fight with a 48-47 scorecard. Either way, dos Anjos got the job done in his official return to the division.

“I’m not too happy with my performance,” dos Anjos said when assessing his victory. “It was my first fight back in the lightweight division. I feel there’s more adjustments I need to make.”
The strikes were coming fast and furious from the lightweights with dos Anjos and Felder exchanging very heavy shots. The former lightweight champion focused on his kicking game as he took aim at Felder’s body before then swooping inside to latch onto a takedown.

Staying patient on the ground with a serious submission specialist, Felder worked his way back to the feet where he looked to make dos Anjos pay with every strike thrown.

While Felder was clearly looking to display his striking, dos Anjos still managed to catch him with a lot of his own combinations, which then allowed him to get inside to look for the takedown. As much as dos Anjos wanted to keep the fight on the ground, Felder played smart defense to stay standing while constantly working to break free from the Brazilian’s grasp.

With many of his strikes being used to set up his wrestling, dos Anjos still managed to pop Felder with a number of stinging left hands that were consistently finding a home on his opponent’s chin. From there, dos Anjos was locking onto a leg or then transitioning to the clinch as he continued to punish Felder with his superior grappling.
By the time the clock was ticking away deep into the fifth and final round, Felder’s face was covered in blood thanks to a dos Anjos punch that opened him up earlier in the fight. The suffocating strategy from dos Anjos prevented Felder from mounting any kind of comeback as the former lightweight champion was just grinding away until the final horn sounded.

Afterwards, dos Anjos was critical of his performance but with the win he jumps right back into the deep end of the lightweight division where he hopes to become champion again. In fact, he already has his eyes on a potential matchup that could also lead to settling some unfinished business from the past.

“I think if Khabib [Nurmagomedov] is really retired, it will leave the division wide open,” dos Anjos explained. “If you look to the contenders, I think only me and Conor [McGregor], we are the only real champions in that division. Everybody else is all interim champions. I think if the division is open, me and Conor is the fight to make.”

Dos Anjos and McGregor were originally expected to clash in 2016 but an injury to the Brazilian knocked him out of the fight and the matchup was never rescheduled. Now it appears dos Anjos would like to revisit that fight, perhaps with a vacant lightweight title on the line.

As for Felder, he admitted after the fight ended that he hadn’t stepped into a MMA gym for the past four months but still accepted this opportunity with the intent of coming away victorious. It didn’t go his way but Felder says there’s no doubt that he’ll be back to fight again another day.

“I’m not going anywhere right now,” Felder said. “I can tell you I’m not done. I might lose my ranking a little bit but what I’ve learned in this sport is none of that matters. What matters is going out there, showing up, showing who you are inside, what determination you have.”