Roy Jones Jr: Ruiz is the best combination puncher in the division 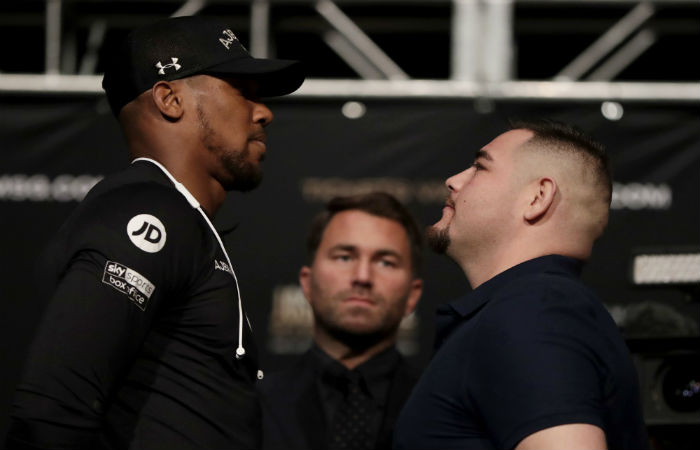 Roy Jones Jr. is recommending strongly that former heavyweight champion Anthony Joshua should not take his chance for a rematch with Andy Ruiz Jr. in his next fight.

“I expected Andy Ruiz to beat Joseph Parker when he was in New Zealand,” said Jones to Fighthub. “For him to lose to Parker by a split decision in New Zealand he may not have lost that fight. He hasn’t lost confidence. He didn’t feel like he really lost the fight. You go to another guy’s country, and you get a split decision loss. You did not lose the fight. Of course, the home team is going to get it. What do you expect? Joshua looked at it like, “I beat Parker, and Parker beat Ruiz. This is a tune-up. I should probably out-box him” said Jones.

“It’s not so easy, because Ruiz isn’t that type of fighter,” tells Jones. “Ruiz is the best combination puncher in the division. If I was in my prime, Ruiz would be the last one that I would want to fight, because he throws combinations, and he has fast hands for a big guy. He’s bigger than they are, and he’s thick and strong. I knew he was going to beat Joshua. I didn’t think he was going to beat Joshua like that. Me and my son predicted he might beat Joshua, because he’d take him lightly because of how he looks.”

“Andy Ruiz can box. He’s not the best fighter, but he can box. I thought he quit,” Jones said about Joshua. “Amir Khan in the Crawford fight, to me, that’s quitting. I like Amir Khan, but to me, I thought he quit.”

Joshua got out-punched more than he got out-boxed by Ruiz Jr., because there weren’t a lot of jabs thrown by the challenger.

“He got out-boxed. He still got out-boxed,” said Jones. “You’ve got to fix that first, then you’ve got to go back for the rematch. If you’re not going to fix that, then why are you doing the rematch? The same thing is going to happen again. All he’s got to do is set you up for that one shot. He feels like he can get you. He’s got the confidence. You knocked him down, but he got back up and knocked you down. What he’s [Joshua] got to do is regroup, tie some things up, and come back.”