Sergey Kovalev: Canelo is a real fighter, but this is my division 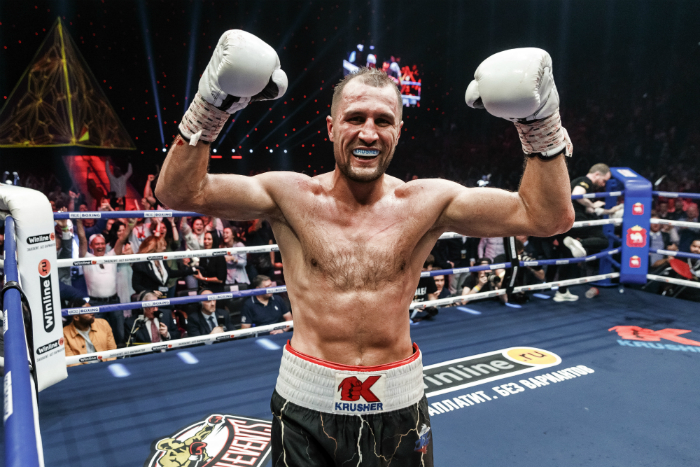 Sergey Kovalev is the defending titleholder in Saturday’s matchup with Canelo Alvarez, but the 36-year-old WBO light heavyweight titlist is also the underdog in the big DAZN main event from Las Vegas.

Kovalev (34-3-1, 29 KO) will be fighting for the third time this year when he faces Alvarez on Saturday, something he hasn’t done since 2016. There are some real similarities in those two years in the Russian veteran’s career, at least for the moment.

In 2016, Kovalev kicked things off with a rematch win over Jean Pascal, then went home to Russia for a win over Isaac Chilemba. In November, he faced Andre Ward, who was coming up in weight, and Kovalev suffered his first career defeat, a narrow and debated decision.

This year, Kovalev got things going with a rematch win over Eleider Alvarez — though this time he was avenging a defeat instead of delivering a second thrashing — and then went home to Russia for a win over Anthony Yarde. Now here we are with Kovalev facing Canelo, who is coming up in weight and considered one of the top pound-for-pound fighters in the sport.

Kovalev has had an up-and-down go of it since his two losses to Ward in 2016-17, but says he feels reinvigorated with his new team, and confident ahead of Saturday’s fight, which commercially will be by far the biggest of his career.

“I feel great. I’m here for my glory. For my story. For my history,” Kovalev said on Tuesday. “A couple fights ago, when I started to work with my new team Buddy McGirt and Teddy Cruz, they gave me back my belief in myself. With this team I can do more. You can see, with my last fights, a little bit of change to my technique and style. I’m ready to fight 12 rounds.”

Kovalev says that despite being the naturally bigger man, he’s not hunting for a knockout win.

“It’s not the goal to knock someone out, I just need to follow my instructions from the corner, from my coach, and everything will be fine,” he said.

Alvarez (52-1-2, 35 KO) has dabbled a bit over 160 pounds on two occasions, beating Julio Cesar Chavez Jr in a 164-pound catchweight bout, and winning a paper title at 168 in late 2018, decimating an overmatched Rocky Fielding.

175, though, is another big step, and this time he’s facing a very credible opponent. Kovalev said he respects Alvarez’s approach to his boxing career, but that he plans to defend the light heavyweight turf.

“You know, I respect his steps and his risks,” Kovalev said of Canelo. “This is boxing, but in boxing, only real men try to prove themselves, that they’re a real fighter, and Canelo is that. But this is my division, I have been in this division since my first fight, and I want to make my history, my story. He’s just trying. Right now, 175 has a lot of good fights, a lot of good fighters, even Canelo has come to 175.”

As for the fact that he received plenty of boos at the Grand Arrivals event and should hear plenty more on Friday and Saturday, he’s not bothered at all.

“I want to disappoint a lot of people on Saturday,” he said. “In England, everybody was going against me, but after the fight, everyone was asking for my autograph. Your boo is good!”