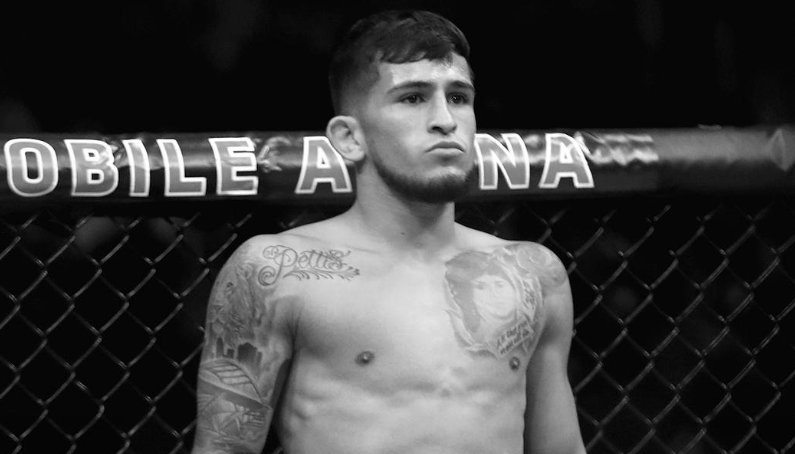 Sergio Pettis (18-5) made the decision to leave the UFC and sign with Bellator. It didn’t take long before his fear turned into excitement.

“I put myself out there, and Bellator put out a great opportunity,” Pettis told MMA Junkie on Wednesday in his first interview since signing with the promotion. “This will be the next step for me. The UFC will always be my home.

“I’ll always have love for the UFC. I loved growing up there, but sometimes when you grow up you’ve got to leave home and live other places. I feel like the Bellator division is deep. I’m a scuba diver out here exploring new waters. I’m going for gold.”

How did I not know that Sergio Pettis grew up to be Jorge Masvidal? https://t.co/tG3tR5Suxy

Petti decided to play the field, but the uncertainty was new territory for the 26-year-old fighter.

After considering his options, Pettis decided to join Bellator.

“It was an offer I didn’t want to refuse, and the vibe just felt right,” Pettis said. “This was the right decision to make looking back now. For a little bit, I was scared to leave the UFC because I grew up there.

“It was like, ‘Damn, man. I feel like I’m leaving home.’ I had to do this for me and my future. I’m excited. I’m excited to go out there and put on the performance that I’m capable of doing. Nothing changes, just the organization.”

Pettis mainly chalked up his decision to the terms of the deal and the vibe of the promotion.

“The uncertainty was what scared me,” Pettis said. “I was high up in that division. All of a sudden, it just completely disintegrated. I’m like, ‘Dang, I don’t want to deal with that again.’ That really put me in a dark place. This is the right opportunity and was the right decision to make.”

He voiced his excitement for potential opportunities to fight fresh, new faces in a “deep” bantamweight division.