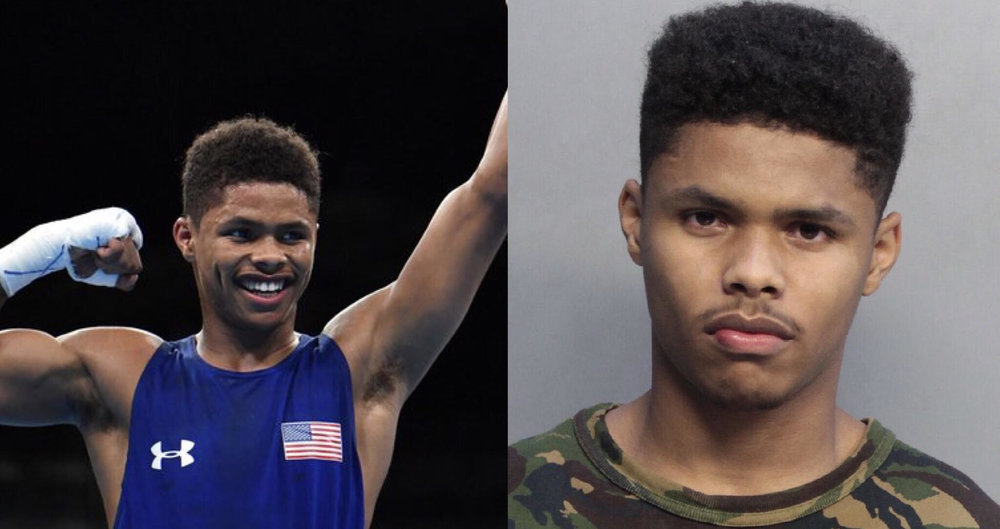 The hand injury suffered by Shakur Stevenson in Tuesday’s romp of a win over Felix Caraballo isn’t serious, and manager Andre Ward said Thursday on ESPN during the Magdaleno-Vicente card that Stevenson expects to return to the ring around September.

Stevenson (14-0, 8 KO) looks like he’ll be staying at 130 pounds and vacating his WBO featherweight title without making a defense, and Ward says that the 22-year-old Olympic silver medalist is looking to get in with top names, noting one titlist in particular.

“He’s not ducking and dodging anyone, he’s not picky about who he fights. He wants to fight the best guys at 130 pounds. And we’ve got some friends at 130 pounds, people we know that we’re close to, like Jamel Herring, but it’s not personal with Shakur. He just wants to be great,” Ward said.

“But the name that he keeps throwing out is Leo Santa Cruz. And I just recently saw a quote by Leo that said he has no problem fighting Leo. Then somebody will counter and say, ‘Well, he’s on the other side,’ but do we really have ‘another side’ when Deontay Wilder and Tyson Fury just put on their second fight and they’re working on a third fight?

Ward’s final statement there puts the onus on Santa Cruz (37-1-1, 19 KO) and Premier Boxing Champions. Santa Cruz, 31, has become (in)famous for “going with the flow.” It’s not that he has no good wins or anything like that, but considering he’s won world titles in four weight classes, he might have less than you’d think off the top of your head, and his schedule the last three years has been routinely and rightly criticized. In 2019, he fought twice, beating two woefully foes in Rafael Rivera and Miguel Flores, the latter giving Santa Cruz a “vacant” title at 130 that didn’t need to exist, but that’s a whole other WBA story.

Instead of calling for big fights, Santa Cruz has the reputation of “fighting whoever they tell him to fight,” which sounds admirable on paper but has resulted in a lot of forgettable victories against opponents who were no serious danger to his record.

The division also boasts Miguel Berchelt, widely seen as the top fighter in the class and the WBC titlist. Top Rank works with Berchelt, but their plan has been for him to fight Oscar Valdez, an unbeaten former featherweight titlist, which would be a big fight for Mexican and Mexican-American fans.

There’s also Golden Boy’s Joseph Diaz Jr, who won the IBF belt on Jan. 30, and is expected to rematch Tevin Farmer at some point. The aforementioned Jamel Herring has the WBO title, and is also a Top Rank fighter. He’s returning July 2 against Jonathan Oquendo, and Top Rank’s plan for him is a fight with Carl Frampton as soon as it can be done.