Shihan Konstantin Bozhilov, the founder of Kyokushin in Bulgaria, passed away 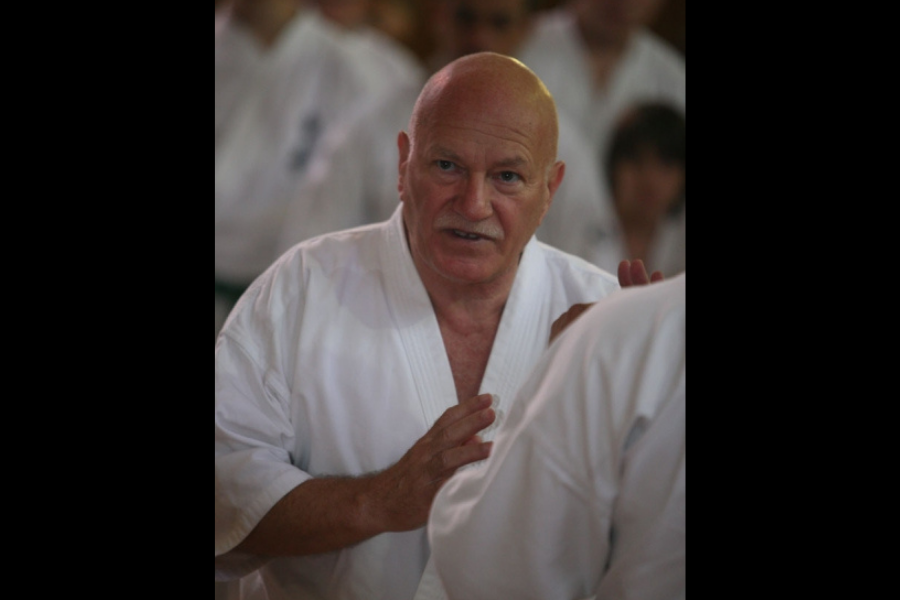 Sad news – Shihan Konstantin Bozhilov, the founder of Kyokushin Karate in Bulgaria passed away at the age of 75. He was one of the most respected personalities in his home country martial arts’ community.

Shihan Konstantin Bozhilov was born on June 22, 1946 in the city of Varna.

At the age of 14 he began to train judo, and in 1967 he became a judo coach. He defended the 4th Dan in this martial art in 1976. In the same year he took the 1st Kyokushin Karate Dan in Krakow, Poland.

The father of Kyokushin in Bulgaria

Shihan Bozhilov managed to bring the eastern martial art in the difficult times of the socialist regime. He met with Kyokushin creator Masutatsu “Mas” Oyama in Japan. After this fateful acquaintance he became a representative of the Japanese martial art in Bulgaria in the period 1976-1991. Vice Chairman and Governor of the Bulgarian Kyokushin Federation until 1991.

In 1976 Sensei Andrzej Drewniak (then 2nd dan) visited the city of Varna and made contact with a group of shotokan karate practitioners. The joint trainings are enough to convince the group that Kyokushin is a more progressive style. Shihan Konstantin Bozhilov first starts to train (2nd dan judo) and was very impressed by what he saw. That same year he went to a training camp in Poland.

“I fell in love with Kyokushin karate when I first saw a demonstration in this sport. I decided that it suited the Bulgarians and I was eager to spread it “, said Shihan Bozhilov in one of his few interviews for the Bulgarian National Radio (BNR).

In the following 1977 the first training camp in Bulgaria was organized under the leadership of Andrzej Drewniak and with the participation of other Polish karatekas. Poland at the time was among Kyokushin’s elite in Europe, and Drewniak was a student of Oyama. The first clubs to follow the example of Varna karatekas are Lovech and Dimitrovgrad.

In 1978 a second camp was organized under the leadership of Andrzej Drewniak and Istvan Adami (Hungary), also a student of Oyama. In December of the same year is the first participation of Bulgarian Kyokushin karateka in international tournament. Plamen Georgiev and Valentin Georgiev compete in a tournament in Krakow (Poland).

“It was a difficult time. At any moment they could come and arrest me,” Shihan Bozhilov told BNR.

In 1979 the first competition for men in Bulgaria was held behind closed doors due to the prohibitions of the authorities. Despite the difficulties, the clubs increase to ten. There are two summer camps in Varna and Krakow.

In 1989 Shihan Bozhilov was personally awarded the 4th Dan by Oyama for his contribution to the development of Kyokushin in Bulgaria. At that time, the karatekas under the leadership of him in Varna alone reached between 1,200 – 1,300 people.

During his life Shihan Konstantin Bozhilov lost a lot in the name of the development of martial arts. He is considered as the “father” of many Bulgarian champions.

His relatives describe him as a very good man who always wanted to develop discipline and had an excellent sense of humor.

The Boec.com team expresses its sincere condolences to the family and relatives of Shihan Konstantin Bozhilov!

3 thoughts on “Shihan Konstantin Bozhilov, the founder of Kyokushin in Bulgaria, passed away”