Stanimira Petrova: The “Srandja” is getting tougher and tougher every year 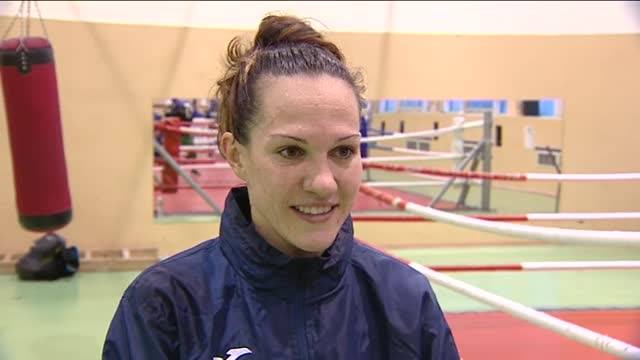 World and European champion – Stanimira Petrova gave an exclusive interview for Bulgaria ON AIR and Boec.BG regarding the 70th annual ‘Strandja Memorial Tournament’ that kicks of today in Sofia, Bulgaria.

Bulgaria’s ‘Golden girl’ gave her thoughts on the tenacious competition that is coming for the ‘Strandja’, what goals she has in mind and what affect had on her the last World Cup for women in India.

– Stanimira, the international ‘Strandja Memorial Cup’ starts today. What do you expect this year?

– First of all, I’m glad that I’m able to take part in it and that I’m in good health. ‘Strandja’ is one of the biggest tournaments. Every year is getting tougher and tougher and a lot of people all over the world will keep an eye on the event. I will do my best to get the gold medal.

– How are you physically and mentally? The ‘Strandja’ is your first event for 2019.

– I’m good. I’m not in the perfect condition, but that is understandable because it’s February and it’s too early. Healthwise, there is nothing to complain about.

– What is the main thing you emphasize in your preparation and training with Peter Lesov?

– Well, if you had seen me fight before, you know that during most of my matches my hands are down, because of my taekwondo background. That is the one big thing we are working on – getting my hands high and elbows tucked.

– Two of the biggest powerhouses (Cuba and Ireland) won’t be participating this year. What are your impressions of the competitors that came here? There are a lot of girls that are aiming for gold.

– Well, the Cubans don’t have a women roster, so that means only Ireland is missing. But that doesn’t mean the girls who are here aren’t elite. In my division (57 kg) there is an Olympic medalist, some World, and European champions too, so it won’t be easy at all.

– You and your trainer had some issues during the last World championship in India. Do you think it’s still in your head?

– It’s in the past. There’s no point in turning back. I’m focused on the future.

– There is still a chance you might get suspended in one way or another. Do you think they may come harder on you?

– Yeah, I know that they still haven’t decided, but I’m not in a position of power. I’ll just keep training hard like I always do and let’s just hope they won’t kill my Olympic dream.

– What is the biggest weapon that you have in your arsenal?

– Maybe my will. And my speed.