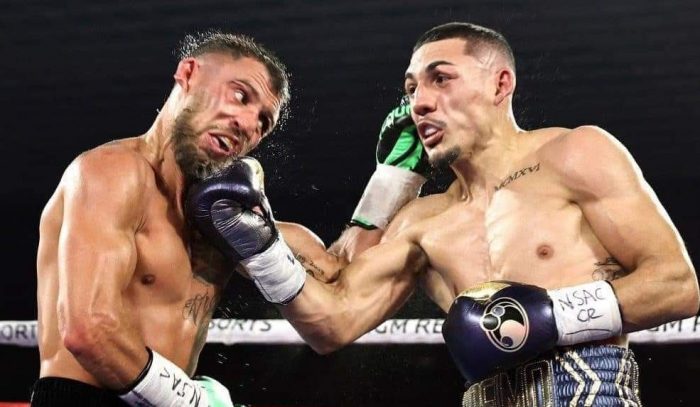 Unified lightweight champion Teofimo Lopez just made an appearance on Brian Custer’s The Last Stand Podcast and took some time to discuss his huge win over Vasiliy Lomachenko, why there’s no need for a rematch, and what he’s got planned for his future career. Check out some excerpts below.

Lopez on what his win over Lomachenko proved to his critics:

“What I proved to everyone is I am the best, we talk a lot, but we back it up. I showed everyone that night I am the truth, I am the takeover and we did a lot. I think we broke a barrier there, that was there for the longest for the new generation.”

On saying there’s no need for a Lomachenko rematch:

“Six months to a year I see myself, and if not that’s why I’m still trying to stay as active as possible. I am a big 135 pounder, however, I been at this weight for 7 years. There is a high possibility I will be moving up to 140 soon.”

On when he plans to return to the ring: