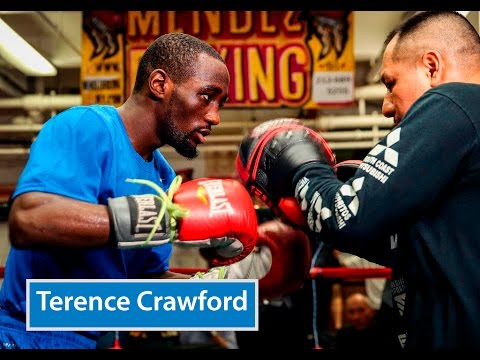 While Floyd Mayweather said this week that he’s going to come out of retirement in 2020, we have no clear plans for the living legend, who turns 43 in February and hasn’t had an official fight since 2017, when he beat Conor McGregor, and hasn’t had a fight against a professional boxer since 2015, when he beat Andre Berto.

Mayweather (50-0, 27 KO) potentially coming back to real boxing would be a huge story — actually, anything he does will be at least a big story — and obviously, boxing’s top names are going to want to throw their hat in the ring.

Crawford (35-0, 26 KO) is the current WBO welterweight titleholder, has won world titles in three weight classes, and is a top pound-for-pound fighter in the sport today. But at 32, with all his success, he’s never broken through as a true big name, and his current situation is a bit desperate if he’s hoping to do just that, which obviously he is.

Mayweather, of course, is one of the names most closely associated with Al Haymon, the man behind PBC, and if he comes back, it’s hard to imagine him having any sort of clean split with Haymon. And while Mayweather is the sort of money player who could make Haymon work with Top Rank, Floyd also isn’t a huge fan of Bob Arum’s, to say the least, and a fight with Crawford probably isn’t enough to get Mayweather to bother.

You can’t blame Crawford for shooting the shot, though. His only fight to date this year came against a faded Amir Khan in April, and he’s got Egidijus Kavaliauskas next on Dec. 14. Kavaliauskas is an OK fighter and all, but that’s not the level of event that Crawford wants to headline as he gets into his mid-30s.