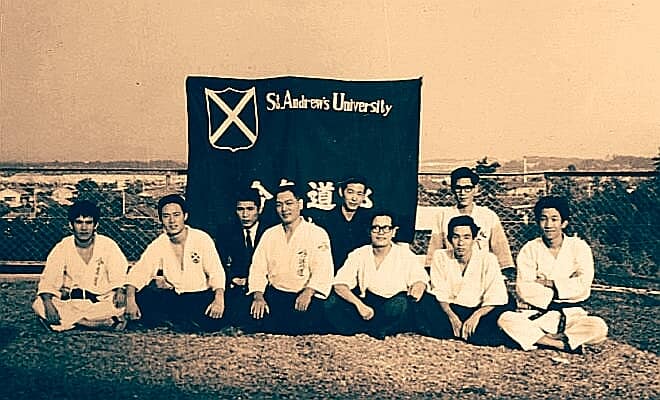 Already by the age of 7 years, Kobayashi was studying karate, kendo and judo. At 15, he was stationed as a kamikaze pilot on an aircraft carrier. When it came to his deployment, a technical defect prevented his airplane from joining his flight. The remaining members of his flight died. Before he could come to the next “last deployment”, the aircraft carrier was torpedoed by a submarine and sank. Kobayashi was one of the few survivors. After staying in the water for as long as four days with bad injuries, he was rescued. He had held fast during the entire time to wood planks and barrels.

In 1946 his karate teacher gave him a recommendation letter for Morihei Ueshiba. With this letter he went to Tokyo, in order to learn the Japanese martial art aikido.

Kobayashi was friendly with Morihiro Saito, with whom he shared the role of uke to Ueshiba. During the aikido training if Saito was mostly requested as uke, then Kobayashi followed with the sword. For this reason Kobayashi felt always extremely connected to aikiken. Kobayashi described the long time at Ueshiba’s side not only as uke, but also outside of the dojo as companion to the impulsive aikido founder, as extremely hard.