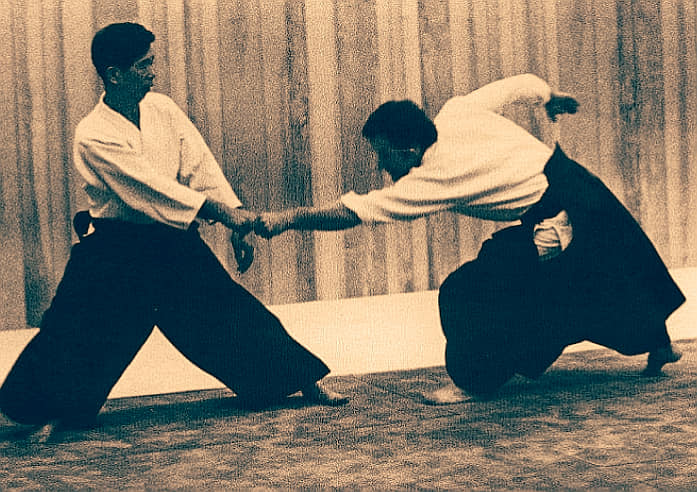 Seigo Yamaguchi was born in Fukuoka Prefecture in Kyushu in 1924 and had many brothers and one sister. It is heard that he was once very vital boy, and at that time he read many books which were stocked by his father, a principal of public school. This random reading of history, literature and philosophy in his early age helped to form his basement of culture.

He graduated one of traditional high school, Denshukan, which were founded by YANAGAWA-HAN (one of collective Samurai clan) in Edo period and then entered an advanced school (now university), called Hiroikegakuen founded by Dr.Hiroike. But at that time he was urged to be a member of Japanese military because of the World War II. In the military he belonged to navy, and at the end of the War his mission was to attack American ship directly with bombs by using a small submarine itself. So it was KAMIKAZE mission of the Japanese Navy. Many young colleagues had already died because of the attacks and he also made a poet before going to his final attack, but suddenly the War became end.

Right after the War Seigo Yamaguchi dissolved his military unit and went back to home, Fukuoka. His interests were towards national matters or international affairs and he succeeded to pass the first national examination to be a senior public officer in Japanese government.

Alternative choice was to be a member of one of major constructing company (generally speaking it is considered very good in Japanese society to work in big company). He finally decided to go abroad and probable destination was Europe and especially France. At that moment one of his father’s friend who was a founder of Macrobiotics advised him to master some Japanese traditional culture before going abroad.