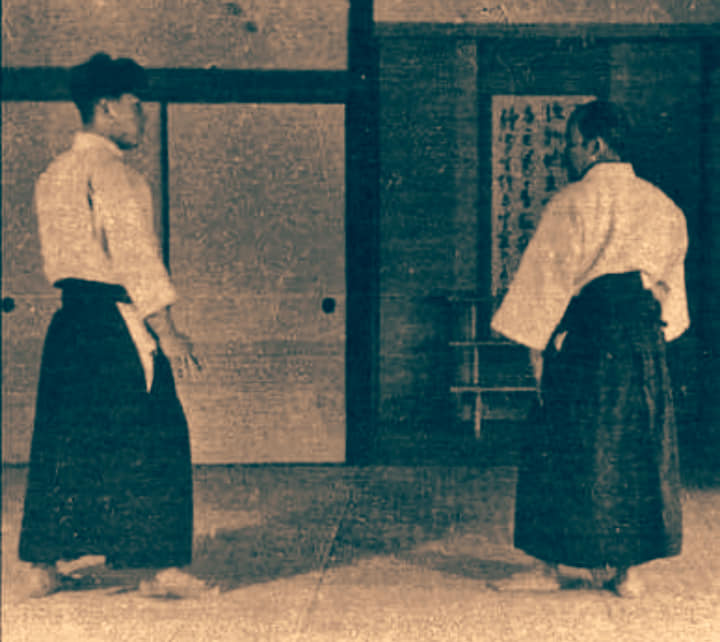 Shighemi Yonekawa was a Kobukan uchideshi since 1932, also appeared in the 1935 film Asahi News dojo. He also appeared as a uke in photographs from the Noma dojo in 1936 with O’Sensei Ueshiba and also served as a “model” for illustrations in the Budo Renshu technical manual.

Shigemi Yonekawa was born in 1910 in Ibaraki Prefecture. As a believer in Omoto kyo, in August 1932 he attended a seminary in Iwama organized by Budo Senyokai.

Shortly afterwards, Yonekawa, with the help of his father Zenzaburo Akazawa, became an uchideshi in Tokyo.

As an assistant of Morihei Ueshiba he is later sent to teach at various locations in Tokyo and Osaka, including the famous Asahi New dojo.

In 1933, along with Kenji Tomiki, both uke posed for illustrations by Takako Kunigoshi, which were published internally as part of Budo Renshu / Aiki Jujutsu Densho. In 1935, he reappears in the Asahi dojo.