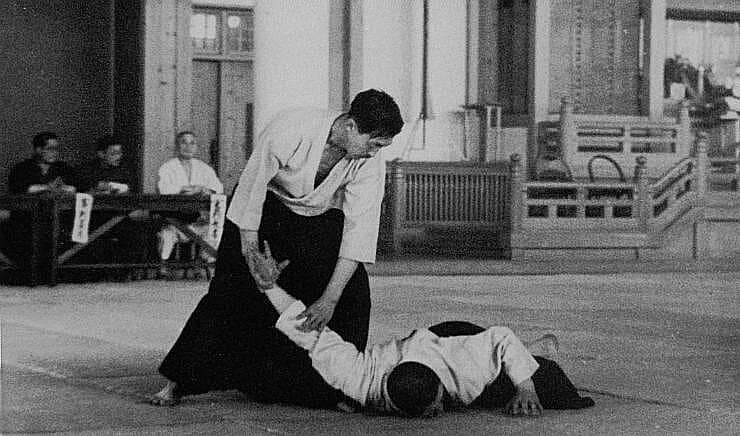 It was this action on the part of Tomiki of attempting to convert aikido into a sport that led to a schism with the founder Morihei Ueshiba and the Aikikai.

Tomiki was urged by the Aikikai to adopt a different name for his art other than “aikido” if he intended to introduce such a system of competition. Convinced of the need to modernize aikido, he stood his ground and persisted in his efforts to evolve a viable form of competition.

In 1953, Tomiki along with 9 other martial art instructors were selected to tour US Air Force bases in the United States and was thus the first aikido instructor to visit the US.

Tomiki is perhaps best known in the judo world for his influence in the developing of Kodokan Goshin Jutsu kata. His work Judo, published in 1956, is considered a classic. The aikido appendix to the book is thought to be the earliest English language text on aikido.