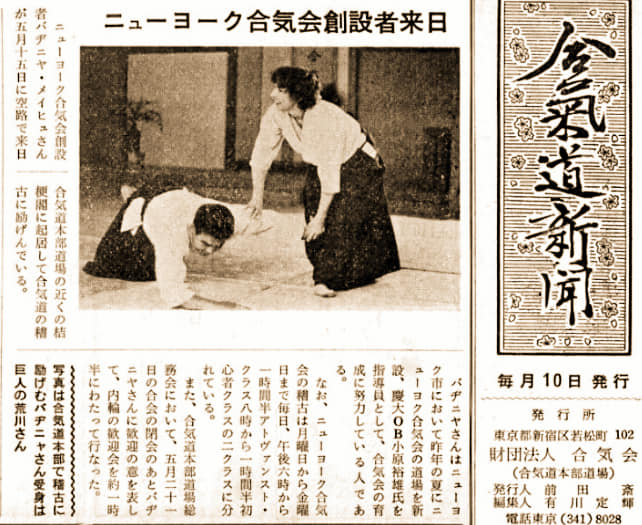 “O Sensei was having fun. He was natural. Whatever he wanted to say that day, he said it. He could just as easily chuckle or smile as he grunt or scream, but he got pleasure from every moment”, said Virginia Mayhew.

O Sensei allegedly told her that because she was a woman, she would understand that true strength and power comes from within. Being a fiercely independent woman, she seems to have connected with the rather informal ways of O Sensei, compared to other Japanese men.

“I never saw a difference between the way O Sensei treated women and the way he treated men”, said Virginia Mayhew.

Mayhew later reported that she was well used to falling thanks to her judo experience and that therefore, she always knew how and why she ended up on the mat, but when O Sensei threw her for the first time, she was unable to understand exactly how it happened. She reckoned that O Sensei seemed to have a strength of spirit that went beyond his physical movements. 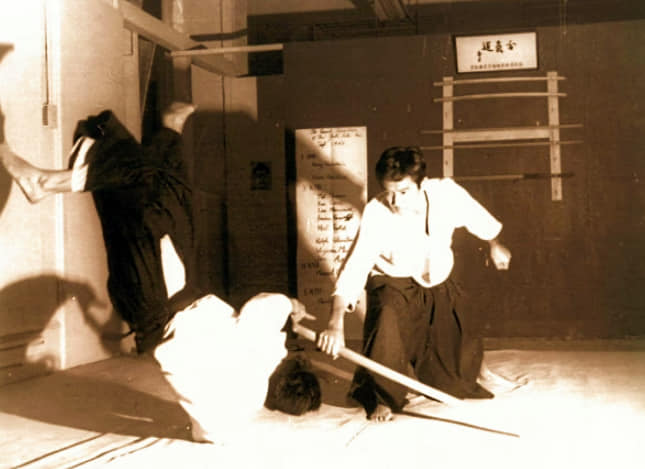 “One day, O Sensei immobilized me without direct physical contact with me […] The strength was hidden behind the physical”, said Virginia Mayhew.

Like a lot of foreigners at the Honbu Dojo, she was also especially inspired by Tohei Koichi, who had brought aikido to the States and who was one of the rare instructors with a good command of English.

Another instructor who could communicate in English was Yamada Yoshimitsu, who later recalled the following :

“At that time all aikido outside of Japan was controlled by Tohei Sensei. So when this woman called Virginia Mayhew came to Japan, my family and I took care of her personally and we became friends.”

The New York Aikikai members gave a demonstration at the United Nations. Being so influenced by Tohei, Virginia intended to do some of his exercises including the unbendable arm. However, recognizing that she was in front of an audience of skeptical New Yorkers, she raised the stakes and applied the unbendable arm exercise to her entire body, and had two large men sit on her.

One thought on “The great masters: Virginia Bailey (Part 3)”