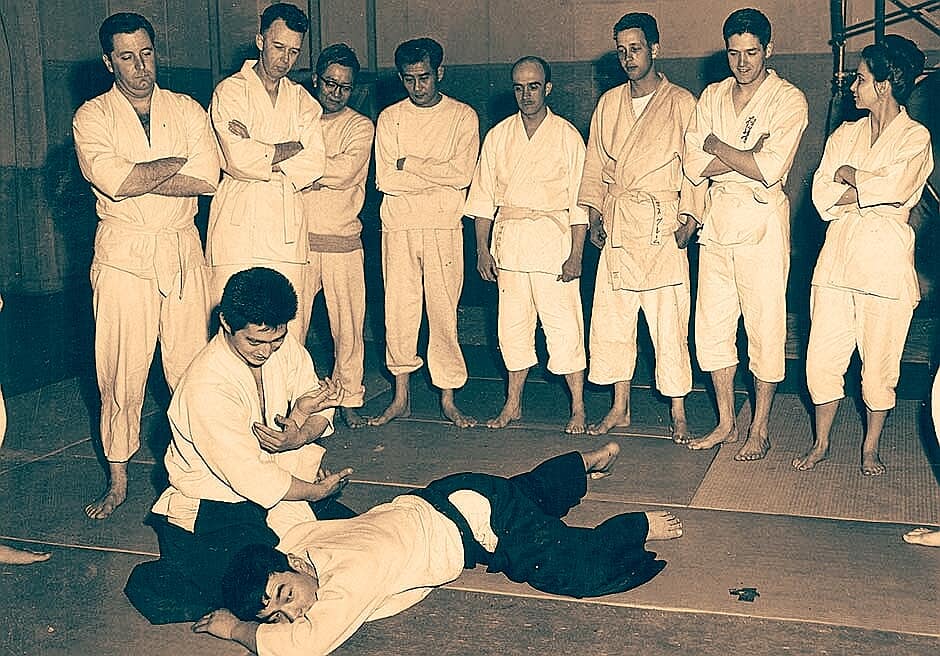 Despite incredible involvement in trainings and dojo’s life, each of them silently dreamt of leaving Japan, which, after the period of American occupation, opened to the world. Yoshimitsu Yamada, as a delegate of Hombu Dojo, taught aikido at American military bases. He honed his English language skills and encountered culture and traditions, which fascinated him. He wanted to go to USA.

An opportunity came along at the beginning of the sixties. The initiative of a group of American enthusiasts interested in aikido was the pretext. Eddie Hagihara from New York, whom Yoshimitsu met personally in Japan, contacted Hombu Dojo. In 1964 Aikido Headquarter was asked to present an aikido show for the World Fairs in New York City. Preliminarily, Dojo was to be represented by Koichi Tohei, however due to an injury the plans had to be changed and Yoshimitsu Yamada was sent. Snatching the opportunity he met with his American friends and agreed to take care of the New York Aikikai school.

However, his fate could have been completely different – at that time Tadashi Abe has already been in France, and Yoshimitsu pretended to his succession. However, his friend and sempai, Nabuyoshi Tamura, who still is the main persons of European aikido, beat him to it. Yoshimitsu Yamada was delegated to the Eastern Seaside of the United States. He chose New York for his headquarters.

The beginnings are always difficult, but what the young aikido teacher faced in New York required enormous self-commitment, patience and effort. The New York group was not well-organized, nobody had experience in running aikido school and Yoshimitsu had to do everything from a scratch, starting with organizational issues, to teaching the proper techniques. The lack of financial means did not make the situation easier. Along with the first New York uchi-deshi Angel Tineo-Avarez, they lived and slept in a changing room, as they could only dream of renting a flat. All the money went to the maintenance of the school, and the perspectives were not promising.