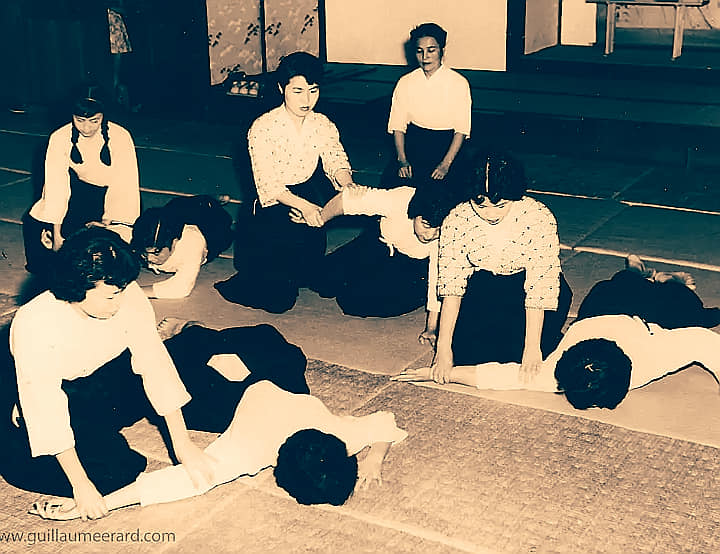 From an interview made by Peter Bernath and David Halprin.

Q: Sensei, we’ve heard you are writing a book. Is that true?

A: No, that’s a lie! Today we were doing tenkan. You’ve been practicing tenkan for so many years and you still can’t do it.
If a book shows you something like this you can never learn it. If you studied with Kanai Sensei for so many years and you can’t do it how will you learn it from a book? Anyway, Kanai Sensei never said “David do it this way!”

Q: No he never did say that.

A: Kanai Sensei never said “David, come here, do it this way”. Or “you’re missing this part.” You could never do it but you’re always thinking, “I’m a good Aikidoist”. Yamada Sensei does the same to Peter. He says “it’s very good, but…”.

Q: The big but…. Let’s talk about Peter.

A: Yamada Sensei does something to Peter and he says “Peter very good, but…”. 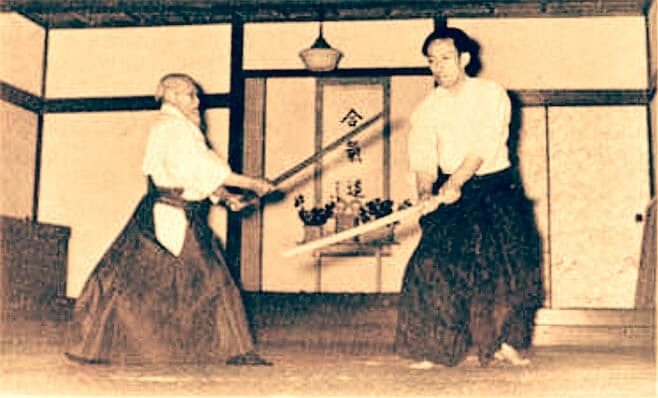 A: You have to wait for the book. (laughter) There may be two Penny’s, two people named Penny. One is correct and one is not, which one is right? Shomenuchi one way, shomenuchi another way. You may call this shomenuchi or you can call that shomenuchi, but that doesn’t answer the question: which one is correct? The correct name is actually katate uchi, not shomenuchi.