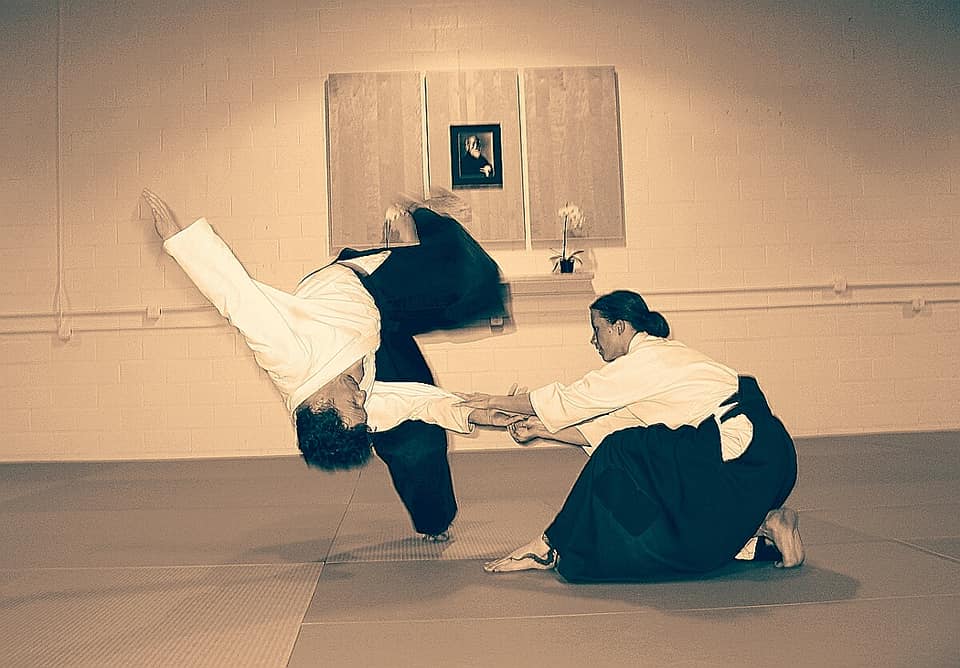 Yes you could! (laughter)

So why don’t we practice that way?

Today I did that in class. The first day I taught that, and I taught it at the Florida seminar as well. That’s why Kanai Sensei asked me “what did you teach?” Probably David went to him and said “Kurita Sensei did this, that and the other” and Kanai Sensei came to me and asked, “What did you do?” 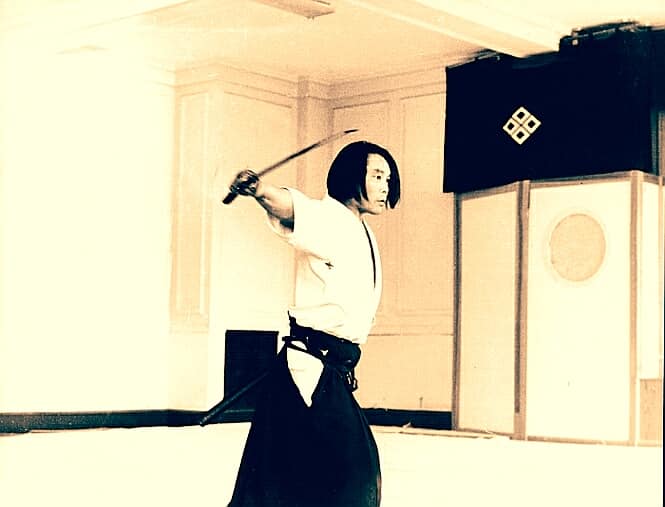 I never told him! (Laughter)

Somebody told him! Some spy….named David! (Laughter)
Why shouldn’t you be able to attack and do the technique? Many people think there is no attack in Aikido, that Aikido is only defensive. That is not correct. Where did they hear that?

Is there a reason we practice that way?

Two reasons. If you hold me, perhaps if you have a knife you can cut me. I would like to do ikkyo or kotegaeshi. If you had a knife and rather than hold my hand you cut off my hand, could I do shihonage? No I wouldn’t be able to. Normally we think of katate tori shihonage with uke holding nage. But if uke were holding a knife and nage grabs uke’s wrist to keep him from cutting, couldn’t nage do shihonage?