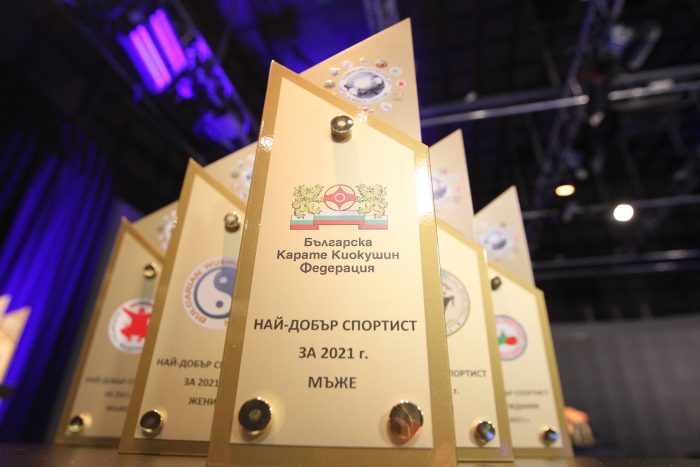 The fourth annual awards ceremonhy of the The National Association of Combat Sports in Bulgaria was held in 19-th of December in a TV format ceremony.

The 12 federations in NACS gave special awards for their best athletes and coaches for the last 12 months. Over 40 000 fighters from 476 clubs competed for the prizes “Golden Belt”.

The first ones to awards their athletes and coaches wete the Bulgarian Sumo Federation.

Best Athlete (male): Galin Ganev (without a loss in 15 national championsips, competing out of Burgas)

Award for keeping the spirit of the traditions: Sensei Takeo Kita (founder of “Bushido” club in Ruse)

The “Golden Belt” ceremony was held for a fourth year in a row with the cooperation of NSAC and it`s chairman Shihan Ivo Kamenov. The association was established in 2015 in order to help and popularize the combat sports in Bulgaria.