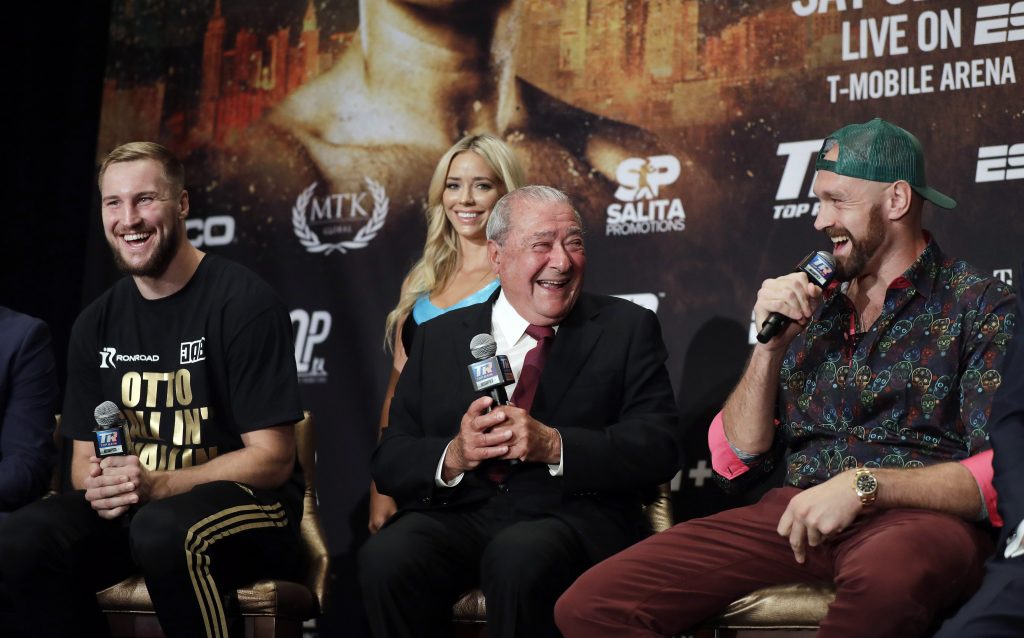 Tyson Fury, the multi-discipline combat sports entertainer, took to social media to send a message to Deontay Wilder, who is gloving up Nov. 23, and fanned the flames of optimism that those two tall specimens will rematch next year.

“If I was afraid of ya, I wouldn’t have fought ya,” the jumbo-sized Traveler said. “I beat ya, in yer own country, and ya had to rob me, and give me a draw. Just get through your fight with Ortiz, do your own thing, stop using my name for relevance. You should be on 20%, but I’m not, I’m gonna give you a fair share, because I’m a fair man. I don’t ask for anything in this world, I work hard for everything. But the thing is with you, Wilder, crack on to your own business, see you February 22nd, to finish what I started. This time, you’re gonna get smashed, you big, bum dosser!”

Wilder had told videographer Marcos Villegas that, “Nah, Fury don’t want it. I don’t think he ever wanted it, the rematch. A lot of people gave him sympathy off of mental illness but that’s something that nine out of 10 of us have faced all the time. Many of us have thought about suicide or doing a lot of things so, you know, being that he was from another country and coming over to this country — you know, in America we always feel sorry for people, especially if they’re not of this country.”

Wilder is slated to meet Luis Ortiz, the he-says-he’s-40-years-old Cuban who sports a 31-1 record, his lone loss having come at the hands of the Alabaman, at Barclays Center in March of 2018.

“A lot of people gave (Fury) a moral victory and he wanna run with that. I don’t think he ever wanted to rematch because I have power, you know what I mean,” Wilder finished.