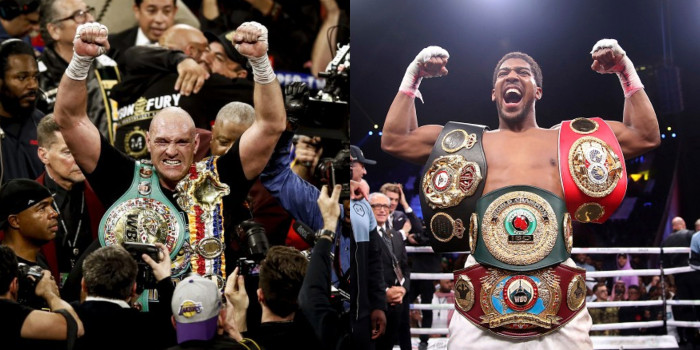 We are probably a week or so away from getting the news that a fight between Joshua and Fury is official. The two sides are still negotiating the super-clash.

Fury, 32, hasn’t fought since February 2020, when he became the WBC world champion following his TKO victory over Deontay Wilder.

Joshua, 31, was last seen inside the ropes in December 2020, when he defeated Bulgaria’s Kubrat Pulev via TKO.

A lot of people are saying that the unification bout between the Brits is a 50-50, but according to “The Gypsy King”, that’s not true.

“Just like I did with Wilder. They said I was going to box and move, and what did I do? Straight at him, bombs all the way through until he got stopped,” said Fury to Gareth A Davies.

“No, because like I said, I’ve got a bigger heart, tougher, mentally stronger, a bigger man completely, punch harder. Everything is in my favor,” said Fury when asked if he might be making a mistake to go straight after Joshua rather than boxing him.

“When I take it to him, they can’t deal with me. It’s like wrestling with a T-Rex. They can’t win. I’m indestructible, unbeatable. I can’t be beaten. If I’m injury-free and active, there’s no losing. I can’t lose,” said Fury.