Tyson Fury to Yarde: If you don’t beat Kovalev, you better retire 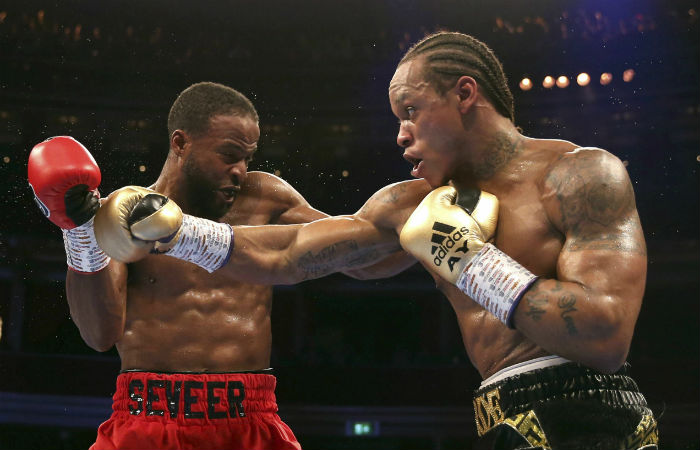 The undefeated Londoner will be challenging Russia’s Sergey Kovalev (33-3-1) this next Saturday night for the WBO world light heavyweight title. Yarde is one of the best light heavyweights in the world, but it won’t be an easy task to go to Chelyabinsk, Russia, and to snatch the belt from the home crowd hero.

The former unified world heavyweight champion – Tyson Fury has made an interesting comment regarding the upcoming fight between the 36-year-old Kovalev and the 28-year-old Yarde. “The Gypsy King” have said that if Yarde can’t take the strap with him, he better retire from the sport of boxing, even though he’s only 28.

“It’ll only make his career better when he wins,” he told BT Sport.

“I’ve been on the road, I’ve been to Germany, America, I’ve been all over – Canada, Ireland. If you’re any good you’ll win; if you’re not, you’ll lose. Home advantage means nothing to me but it does to a lot of people because they’re not natural fighting men”.

“Some people can’t fight off their own soil, me, I can fight anywhere because it’s bred in me. I can fight on a cruise ship or in a swimming pool if it was emptied out.

“But that’s me, and we’re going to see what Anthony Yarde is made of. I think he’ll do it and I think if he can’t beat Kovalev then he should forget about it because where is he going? I’m not saying Kovalev is useless but a good younger man should beat a good older one. I believe he’ll do it and that he’ll be a good little champion.”

BEAST! Anthony Yarde is training harder than ever for the Sergey Kovalev fight 💪🦁

This is his #TrainingDay episode… 👊 pic.twitter.com/Oo74fpeIfw

“I fancy Anthony Yarde, I really do,” he added. “I think Kovalev is on the slide, he’s been a very good world champion in his time and he’s done very well, but I think the Andre Ward losses have beat the s**t out of him really. He lost the fight to Eleider Alvarez then came back to beat him but I think a young man will always beat an older one and that’s my motto.

“I fancy Anthony Yarde to knock him out, not just beat him on points, but stop him because that’s what he’ll have to do in Russia.”