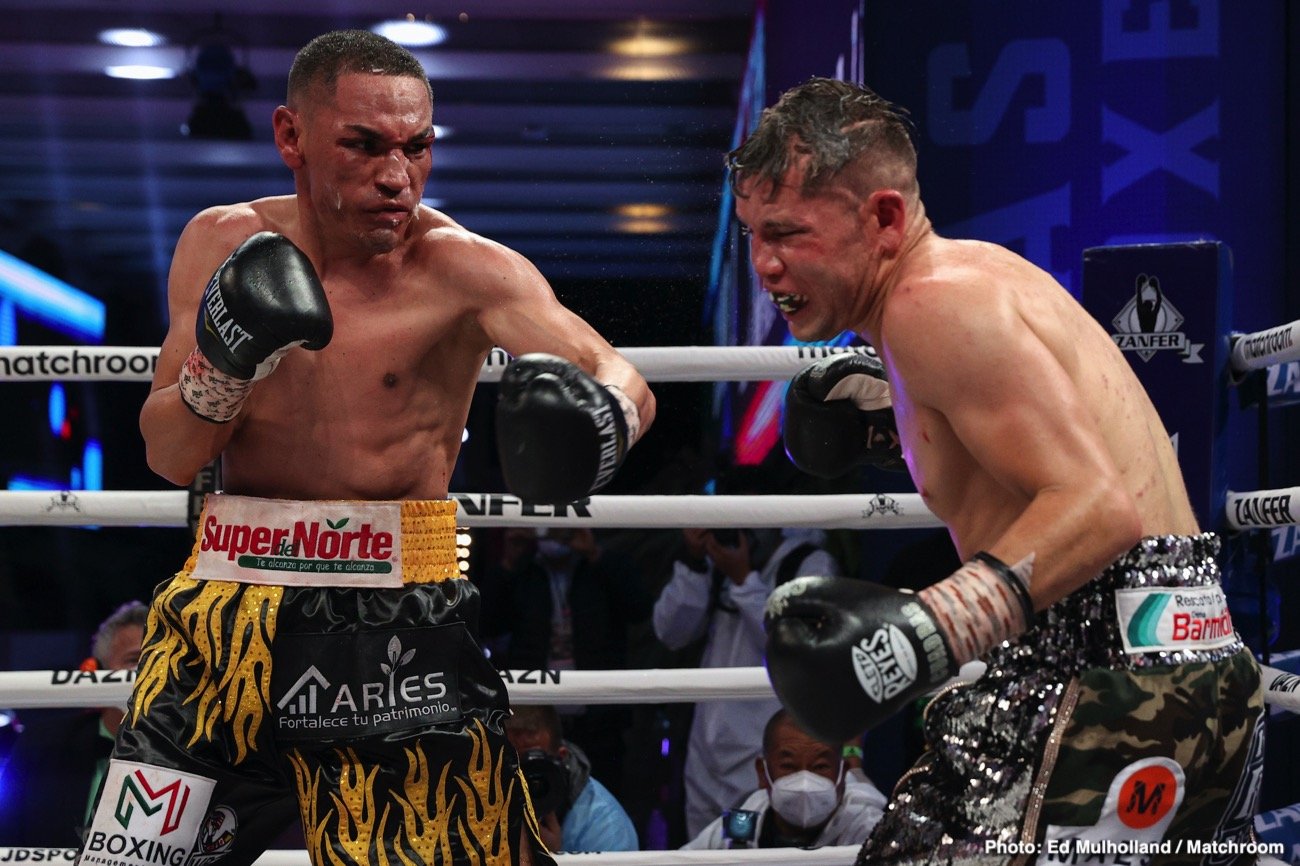 Juan Francisco Estrada waited for over eight years to get his rematch with Roman “Chocolatito” Gonzalez, and in the end was able to edge a controversial split decision victory for a measure of revenge, unifying the WBC and WBA titles at 115 pounds.

Beyond any debate, this was simply a magnificent fight, and I think boxing fans would absolutely welcome a third fight between the two stars, who are two of the most wonderfully skilled fighters in the sport. It was non-stop action from the opening bell of the first round through the final bell of the 12th round, and everyone should take their hats off to these two outstanding fighters.

If you missed the fight, please do yourself the favor and watch it as soon as possible.

“I think I did enough to win. ‘Chocolatito’ is a great fighter and I think he deserves the trilogy,” Estrada said through an interpreter. “I knew it was a close fight, I didn’t know if I was up or down, but I knew I needed to close out the fight in those last two rounds.”

The plan is for Estrada to face Srisaket Sor Rungvisai — who won a much less impressive fight on Friday — for a third time, but he seems to think there may be more demand to see Estrada-Chocolatito III — and he may be right. Still, Rungvisai is the mandatory for Estrada, so if Estrada wants to keep the WBC half of his unified championship, that has to come next, unless Rungvisai were to surprise everyone and step aside.

“Whatever happened had to happen, but I gave it a good fight. I would have been happy either way with the result. I did my work,” Gonzalez said through an interpreter. “It was a better fight than the first one. I felt I won. In the last round, I gave it all, it was a great round. I’m happy because I’m going back home to see my family.”

Gonzalez, of course, does want a third fight. “I won both of them. Whatever Estrada wants, we’ll do it. I’m very happy with my performance and having the crowd enjoy the fight.”