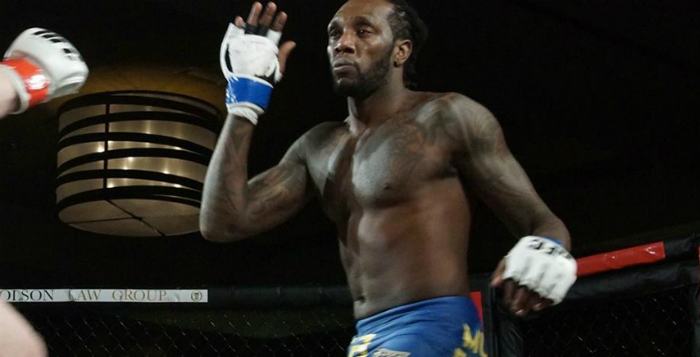 That was a day before making his official UFC debut at UFC on ESPN3, where he stepped in on short notice to face Dalcha Lungiambula, to whom he lost to via third-round knockout.

USADA released a statement revealing Dequon had accepted a six-month suspension after popping for cocaine and fentanyl.

“Townsend, 33, tested positive for benzoylecgonine, a metabolite of cocaine, and norfentanyl, a metabolite of fentanyl and its derivatives, as the result of an in-competition urine sample he provided on June 28, 2019, at UFC Fight Night Minneapolis, where he lost by technical knockout,” USADA officials wrote in a statement.

Because he tested positive for cocaine and not PED, his suspension was not longer.

“Cocaine, a non-Specified stimulant, and fentanyl, a Specified narcotic, are prohibited in-competition and considered Substances of Abuse under the UFC Anti-Doping Policy and the UFC Prohibited List.”

“Under the UFC Anti-Doping Policy, athletes may receive a reduced sanction for Substances of Abuse if they can establish by a preponderance of the evidence that the violation did not enhance, and was not intended to enhance, the athlete’s performance in a bout and they subsequently complete a drug rehabilitation program,” USADA confirmed.

Since his suspension will be retroactive to the night his test was administered, Townsend is still eligible to compete in a couple of weeks, as he is set to face Bevon Lewis at UFC Fight Night 166 on January 25 in North Carolina, US.