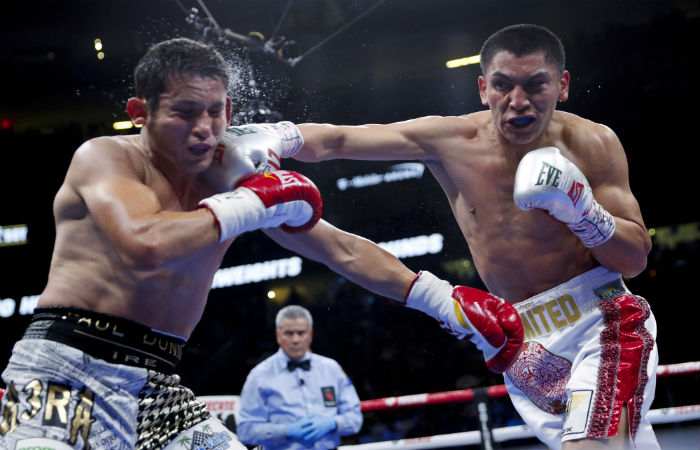 22-year-old welterweight Vergil Ortiz Jr is one of the fastest-rising stars in boxing right now, and is set to return to action on July 24 against veteran Samuel Vargas in a DAZN-streamed main event, which will be Golden Boy’s first card back and the first one airing on the OTT service since the coronavirus lockdown began in March.

“I want to fight Crawford. He’s a very skilled fighter, arguably among the top five pound-for-pound fighters in the world today, and very smart. I’m very open to fighting him. That’s probably the easiest fight to make in boxing right now. I’m ready to take any opportunity thrown my way. I understand how hard it is to make big fights these days so if I received an offer to face Crawford, I would take it.”

It would be extremely bold of Ortiz to challenge Crawford (36-0, 27 KO) any time soon. Ortiz has done really well mowing down some solid veteran fighters, and is expected to do the same in a few weeks with Vargas.

But Crawford, 32, is a huge step up from the likes of Vargas, Mauricio Herrera, Brad Solomon, and Antonio Orozco.

That said, there could be some legitimate interest there. Crawford, promoted by Top Rank, has had an awful time getting fights with big names at 147, as pretty much every marquee fighter in the division besides him is with PBC, and PBC can make all their money in-house right now, with someone emerging at the end, and then you can do a huge fight with Crawford if Crawford is also still standing with a belt.

There’s been talk of Terence fighting Manny Pacquiao, but that seems to have fizzled and may have been more about putting it out into the world. Other than that, Kell Brook has been presented as the biggest possible option, and with due respect to Brook, that’s not that big of an option anymore, and there are a lot of reasons to suspect it wouldn’t be a competitive fight at this point in Brook’s career, not the least of which is he hasn’t made 147 since 2017, and looked sluggish when he boiled down to 150 for a Dec. 2018 fight with Michael Zerafa.

Golden Boy and Top Rank have worked together well enough on some fights in the last couple of years, so promotionally it shouldn’t be an issue. The 22-year-old Ortiz’s youth and power could be sold as dangerous to Crawford, who is an excellent, elite-level fighter, but also not getting any younger.