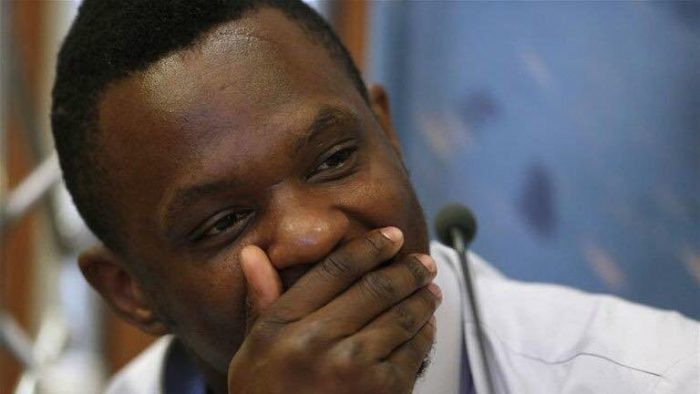 The President of the World Boxing Council – Mauricio Sulaiman issued a statement expressing his disappointment in the Dillian Whyte (25-1) situation.

The Brit is ranked #1 in the WBC heavyweight rankings for the last year and a half, but he’s yet to be named the mandatory challenger for the world heavyweight title that belongs to Deontay Wilder (41-0-1).

“The Body Snatcher” holds the silver WBC title, but his main goal is to fight for the world strap. Unfortunately for him, Wilder has fought three different adversaries during that period  – Lusi Ortiz, Tyson Fury, and Dominic Breazeale.

Earlier in 2019, WBC ordered an eliminator fight between Whyte and Breazeale, but that fight was canceled soon after that. Then, a month ago, WBC ordered another fight against Tyson Fury for the mandatory spot, but just like the previous one, that fight didn’t happen.

Here’s what Sulaiman had to say on the subject (via Secondsout.com):

“I have spoken at length with Eddie Hearn and Dillian Whyte’s group but unfortunately they have turned this into a media circus, which is highly regrettable because that influences the process,” he pointed out. “We have the highest respect for Dillian Whyte. He is our No. 1 contender, our Silver champion, my friend and a tremendous fighter, but to be insulted over and over again makes it very difficult to continue addressing a situation. We are going through a mediation process but if they want to handle it through the press it may change tack.”

Sulaiman is further aggrieved that, as he sees it, Whyte and his team are only putting forth their version of events and this is encouraging fans of the Londoner to attack him online.

“We offered Dillian Whyte a fight for the Interim championship since last October and they’ve been stalling,” he stated. “I’m a little bit frustrated that British fans are only getting one side of the story, I’ve been getting insults on social media, trashing my father’s reputation, insulting my family. We stand for justice, our history is very clear and we will do the just thing via the right process.”