When your Jiu-Jitsu skills are NOT working in a fight… 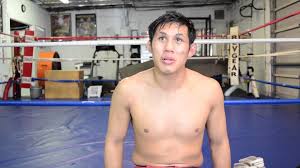 No martial arts techniques are punch proof. And if you haven’t trained extensively against real resistance with strikes, you may not be prepared for a street altercation.

This fight happens at the bus stop right before school starts. It’s clear one of the fighters has a little BJJ training, as he tries to use it during the fight. He didn’t do too bad for himself, until …

nfortunately, it didn’t work out well for him, as you can see. He starts off with a nice takedown and then took the kid’s back. Then he lost the position as he tried to finish the fight with a rear naked choke, but the other kid slipped out and started to punch and kick his way out.

Take for example the fight between Rickson Gracie and Hugo Duarte, and old duel.
No one intervened to help one of the two belligerents.

In this context, of course, the effectiveness of Jiu-Jitsu was proven and approved. But in most “civilized” countries in the 21st century, this form of challenge, which shows a certain nobility even in a fight, has disappeared.

Much street fighting is no longer a one on one fight between two unarmed people.

Another fundamental error in the defense of ground combat and its alleged involvement in street efficiency is the argument that Master Helio Gracie often gave to defend, understandably, his discipline:

“In the street, unlike the UFC and rounds of 5 minutes, there is nobody to stop a fight.”

1. You must prepare for the fight to go to the ground.

2. The single most important thing you can do is to become comfortable with close proximity and non-sexual physical contact.

3. You can learn all the techniques you like, but unless you actually SPAR them at some point you’ll NEVER develop the ability to use the techniques in real life against a real opponent.

4. It’s better to be on top than on the bottom, but if you end up on bottom then the ONLY position in which you’re not losing is the guard.

5. When you’re using the guard for self-defense purposes you either want people to be very close or very far away.