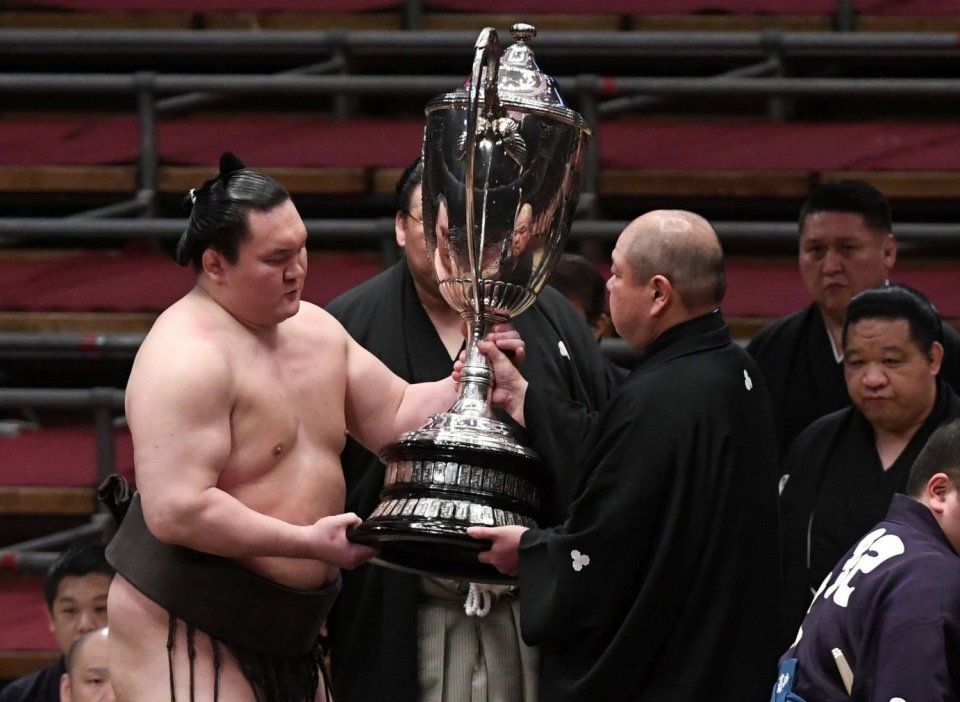 The worldclass sumo wrestler learned the news for his positive COVID-19 test at Tuesday, reports The Japan Times.

Hakuho, who has won a record 44 top-division titles, has been preparing for the New Year meet starting Sunday at Tokyo’s Ryogoku Kokugikan.

He is the first wrestler from among sumo’s elite ranks atop the first-tier makuuchi division to test positive for the virus.

The 35-year-old underwent the PCR test after noticing something wrong with his sense of smell on Monday.

Other wrestlers from Hakuho’s Miyagino stable believed to have been in contact with the yokozuna will also undergo PCR tests.

Hakuho has been dealing with a knee injury and has not completed a tournament since March, when he won the Spring Grand Sumo Tournament in Osaka.

The 15-day New Year meet will be the first competition since Hakuho — as well as fellow yokozuna Kakuryu — received official warnings from the JSA following repeated injury related absences and withdrawals at recent tournaments. The warning is the sport’s strongest rebuke, short of recommending retirement.

Hakuho had been participating in joint training sessions at Ryogoku Kokugikan last month to prepare for his comeback.

Gyōji (referee) Kimura Motoki also tested positive on Monday after complaining of a fever and cough. Member of his Minato stable, including maegashira Ichinojo, were to take PCR tests as a precaution.

So far, the JSA hasn’t said whether the tournament will be postponed or otherwise impacted as a result of the recent positive tests or the potential state of emergency that is being evaluated for the greater Tokyo area.