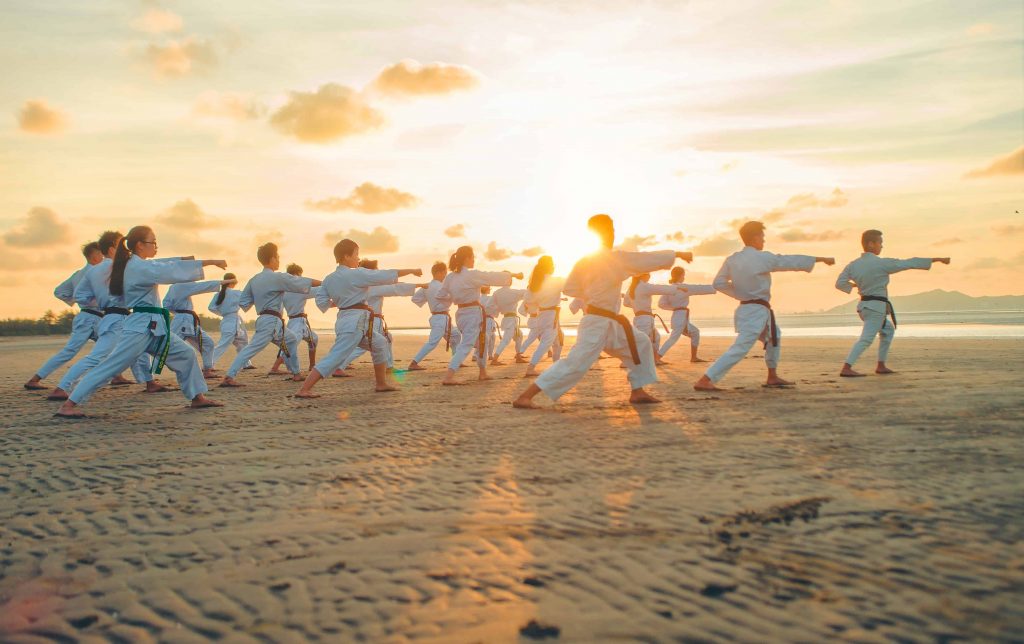 We learn every day, we train our hearts and bodies, and minds… and we can learn a lot from other styles and philosophies. The popular website “kwunion.com” published their 10 Kenpo Laws.

For decades, Kenpo has been renowned in the West as one of the most effective and efficient martial arts in existence, and for hundreds of years before that, it enjoyed a similar reputation in Asia. Much of that success can be attributed to a set of fighting principles that have been defined and refined into an exact science through the efforts of scores of masters who knew the meaning of trial by fire. This article outlines 10 of those laws for the benefit of all the martial artists who have not had the opportunity to experience them firsthand.

Kenpo Law #1: The Circle and the Line

The first law of Kenpo states that when your opponent charges straight in and attacks, you should use your feet to move your body along a circular path. You should also consider moving your arms in a circular pattern to deflect the oncoming force.

This principle has several meanings. First, it indicates that Kenpo is primarily a striking art. Seventy percent hands and 30 percent feet is the classical breakdown, but you can change the proportion according to the circumstances or your body build.

The second meaning is that if a confrontation is inevitable—a thug is climbing through your bathroom window at 2 o’clock in the morning and he starts swinging a baseball bat—you should not wait for the aggressor to attack first. You need to hit him first with a foot, a fist, an elbow, or a knee. You also need to hit hard and hit continuously until he is subdued.

The Kenpo curriculum also includes numerous grappling and throwing techniques, but research has shown they are used in less than 25 percent of the encounters practitioners have found themselves in, and they are ineffective against multiple attackers. Because grappling uses four times as much strength and energy as striking does, it has been deemed the last resort suitable for use only if your opponent penetrates your first and second lines of defense: your feet and fists, respectively.

Kenpo is different from many karate styles in that it teaches you to strike first and strike often in rapid succession— high, low, straight in and along a circular path. While unleashing such rapid-fire strikes, it becomes difficult to kiai (shout) in conjunction with each one.

Therefore, you should forget about issuing a Kiai with each blow; in fact, doing so means you are expending excess energy.

Your first and second strikes should be designed to stun, distract, and slow your opponent. Your third and, if necessary, fourth strikes are the power blows. Remember the Kenpo maxim: First set your opponent up, then take him out.

In Japan, the makiwara board is used to toughen the hands, and in Thailand, Muay Thai fighters harden their shins by kicking banana trees. Kenpo is different in that it teaches the path of least resistance and least pain. Precisely targeting the temple, face, nose, neck, solar plexus, stomach, groin, and floating ribs is superior to simply pummel away on random parts of the aggressor’s body.