Andrei Arlovski plans to fight ‘as long as possible” 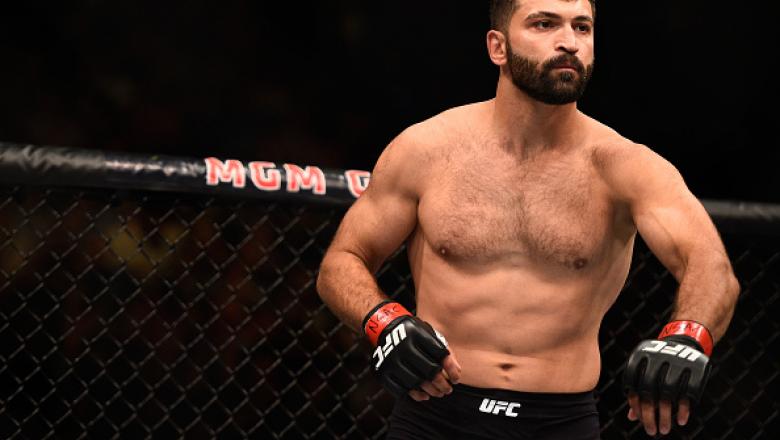 This weekend Andrei Arlovski will extend his record for most UFC bouts in the heavyweight division when he takes on Tom Aspinall at UFC Vegas 19. And though Arlovski recently turned 42, “The Pitbull” says he still has plenty of fight left in him.

“I want to fight as long as possible and of course I want to be a champion,” Arlovski said during UFC Vegas 19 pre-fight media interviews (video from MMA Junkie). “That is why I’m doing what I’m doing right now. In the past, the main problem for me was sticking with the game plan. Over last two fights, I stick to the game plan and I trust my coaches 100 percent. Like Nike, just do it.”

In many ways the fight this weekend is being viewed as the new school versus the old guard which makes sense given that Aspinall is 15 years Arlovski’s junior, and seen by many as an emerging prospect at heavyweight. However, this is far from the first time Arlovski has been in this position and in fact he credits the frequency with which he’s competed against up-and-coming opponents as a contributing factor to his impressive longevity in the sport.

“Young blood keeps you alive,” Arlovski said. “It’s keep you on your tippy toes. Deep inside you know he’s young, he might be stronger, faster, but for me, age is just a number. . . At age 42 I’m still super hungry, in a good way. For glory, for money, for titles, for everything. I just became a more responsible person. Responsible father, husband, fighter. At age 42, I do more work than when I was 25.”

Though Arlovski is currently unranked, he has been another resurgent run lately, which has become a recurring theme for the future Hall of Famer. Three times in his career, Arlovski has rebounded from four-fight losing streaks to put together a run in the division, including now where he has won three of his last four. Given his recent success, and the way he feels, the former heavyweight champion says he has no intention of retiring soon, but at 42 even Arlovski admits that the door won’t be open forever. If he ends up on the wrong end of another losing streak, that might be the one that finally sends The Pitbull off into the sunset.

“Definitely I don’t want to be a punching bag for some other fighters who’s gonna make some name, records off of me,” Arlovski said. “I have two kids, come on. I’m a smart guy. I want to be old, I want to see my grandsons and smoke cigars and drink some wine in my backyard.”