Bader plans to defend both titles 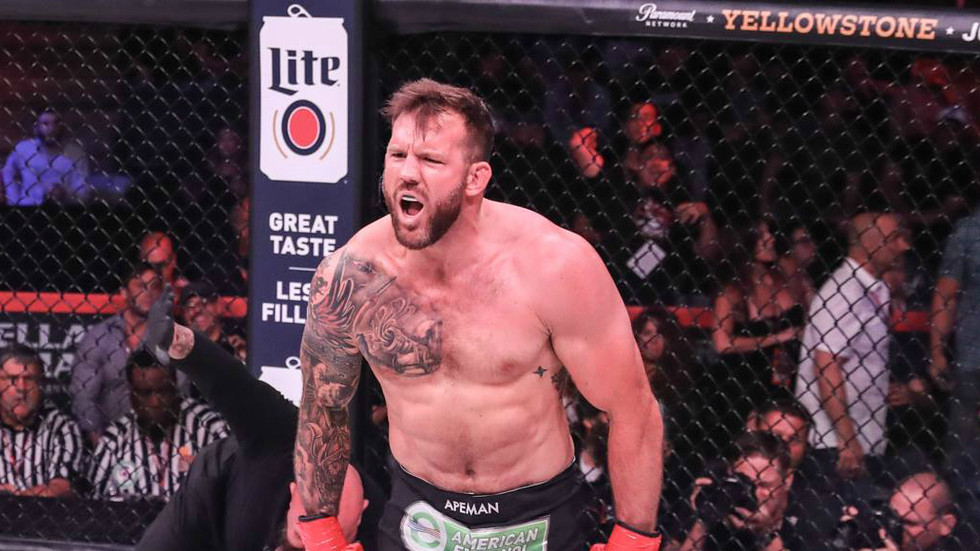 Ryan Bader hopes to defend both of his Bellator titles.

For starters it appears the star will put his heavyweight belt up for grabs against Cheick Kongo (30-10-2 MMA, 12-2 BMMA) this summer.

Kongo is the top contender at heavyweight based on a streak of eight consecutive wins.

“I think it’s going to be one of those guys like a Nemkov,” Bader said. “To be totally honest it’s not one of those fights that gets me super excited. No one knows who he is. He’s a great fighter but doesn’t bring that hype really. He just split decisioned Phil Davis. The Machida fight would be a bigger fight, and maybe they do that. Who knows?”

Some content was stripped by our security filters, but it should be possible for one of your Editors to embed the content for you.

Some of the big-fight options for Bader have fallen off in recent weeks with Sonnen losing, as well as Gegard Mousasi dropping his belt at Bellator 223.

“The Chael fight would’ve been fun for sure, but obviously he’s retired now,” Bader said. “I wasn’t thinking about the Mousasi fight too much. I’ve been fighting at heavyweight and he’s two weight classes down. I have so many other things on my plate before we’d even think of that, so he wasn’t on my radar too much. He’s a great fighter but I had other stuff on my plate.”

“Machida is definitely a fight I want. I want to get back that loss I had in 2012. That’s a great fight I’m looking forward too. There’s guy at 205 like Nemkov and whatnot. I have some fights. I have at least three fights lined up in my head.”

Bader’s top priority at this point is merely to get back in the cage.

“I think at heavyweight Kongo is a pretty big fight,” Bader said. “He definitely deserves that shot. Heavyweight is where it really starts to tail off on those bigger names. … I’m going to be around for a while and I’m ready for them all. There’s the up and comers and kids and then the legends and then the guys with big names.”