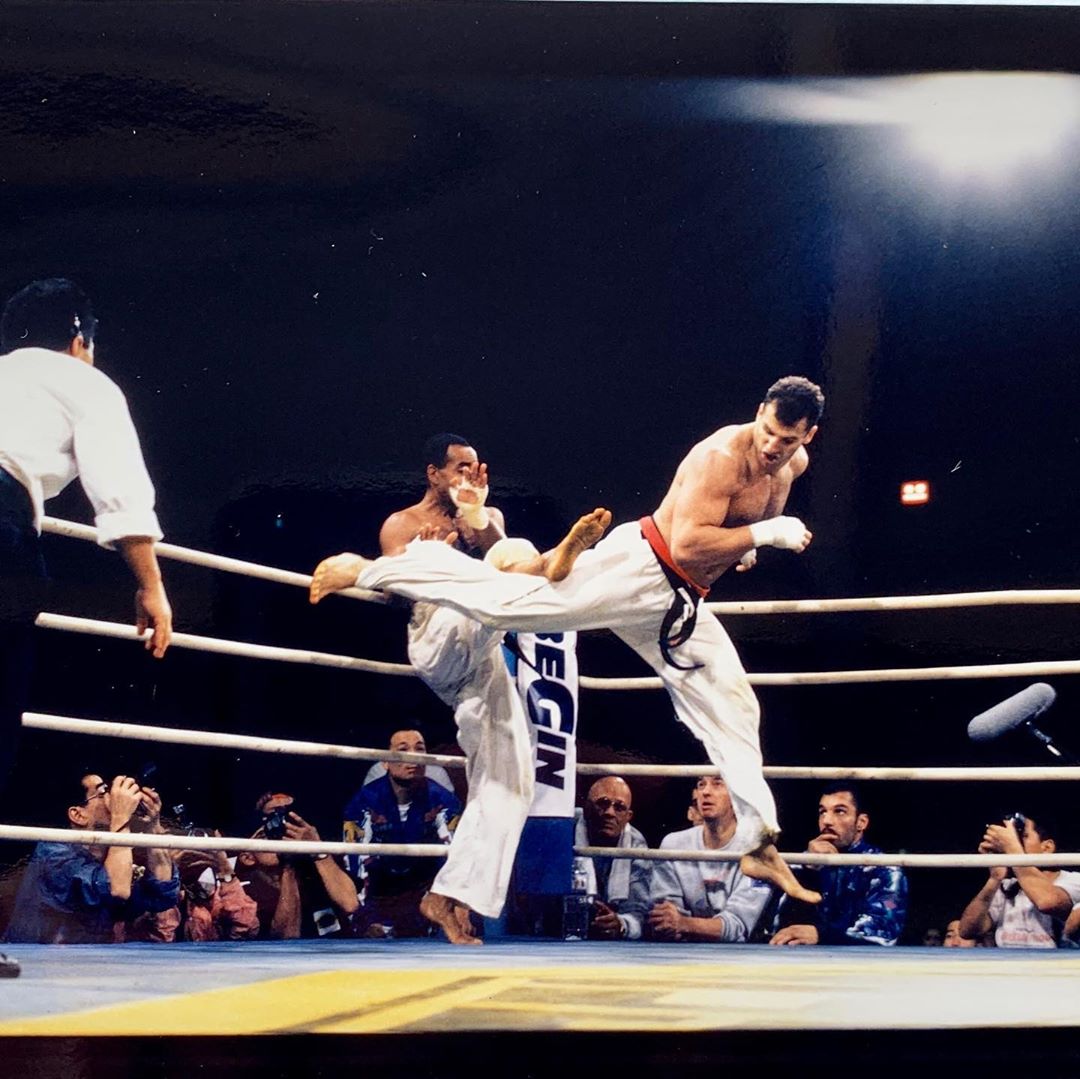 Sam Greco is a name synonymous with the fight game.

A former bare-knuckle Karate champion and former 3 x WAKO undisputed world heavyweight Kickboxing champion and superstar of K-1, it is this mental fortitude coupled with his imposing 6”3 muscle-bound frame that fostered Sam’s development and reputation as one of the world’s greatest fighters. He had carved an aura of invincibility in the fight world and a massive following as fans flocked to his fights to see him do what he does best – knock out opponents with sheer brute power.

His record speaks for itself: with 147 official fights, he recorded 131 wins, 2 draws, 11 losses, and 2 no contest. Even more impressive than his win/loss ratio is that he was able to achieve this across a spectrum of styles including full contact karate, mixed martial arts and K1 over a career spanning 34 years.

This outstanding career was by no means an expected outcome for “the boy from Brunswick”. Born to Italian parents, Sam Greco had a tough and modest upbringing and was taught the value of hard work and discipline. Brunswick in the 70s was a very different place today, and youths were exposed to very different things than they are now. The wrong path was only one small choice away, a choice that he was witness to causing many poor outcomes for his peers.

For Sam, his achievement inside the ropes was not attributable to any one factor, but rather the perfect synergy between his mental composition and the demands of the industry.

Fighters are required to exhibit strength physically and mentally, which can be overwhelming when one is sleeping on straw mats, sharing bathrooms, and eating blandly in foreign countries. These sacrifices and limitations only served to fuel Sam’s resolve to rise above mediocrity. Losing was never an option. He learned very early on that recruiting professionals and asking for advice was not a sign of weakness but a sign of wisdom. He surrounded himself with the best trainers, nutritionists, massage therapists, and businessmen in order to build the brand that is Sam Greco. To this day he remains a household name in Japan, and t-shirts, figurines, and dolls in his image are still sold.

Today, being Sam Greco remains about respecting his past and maintaining the character and skills that saw him achieve greatness. He uses the qualities of discipline, perseverance, and hard work to further his business interests, which include hospitality, corporate and personal training, motivational seminars, public speaking and social awareness campaigns. He firmly believes that the skills acquired over his career in the fight industry can be transferred to anyone regardless of age, social class or gender.

His motivational and training seminars serve to highlight the transference of the ‘fighter’s ethic’ to the business world, personal achievements and overall quality of life of attendees. He is frequently sponsored by large corporations to provide such insight to employees and runs a successful personal training program in which he can target achievements at a micro-level. Currently, Sam trains not just aspiring athletes, but women and children looking for overall improvement in health and fitness.

One thing remains certain, even though Sam Greco has retired from professional fighting, he remains a fighter in all aspects of life and shows no sign of slowing down or weakness. His passion in life remains to be the best he can be and to foster this belief in those around him. Ultimately he sees the challenge to inspire people so he can change lives.