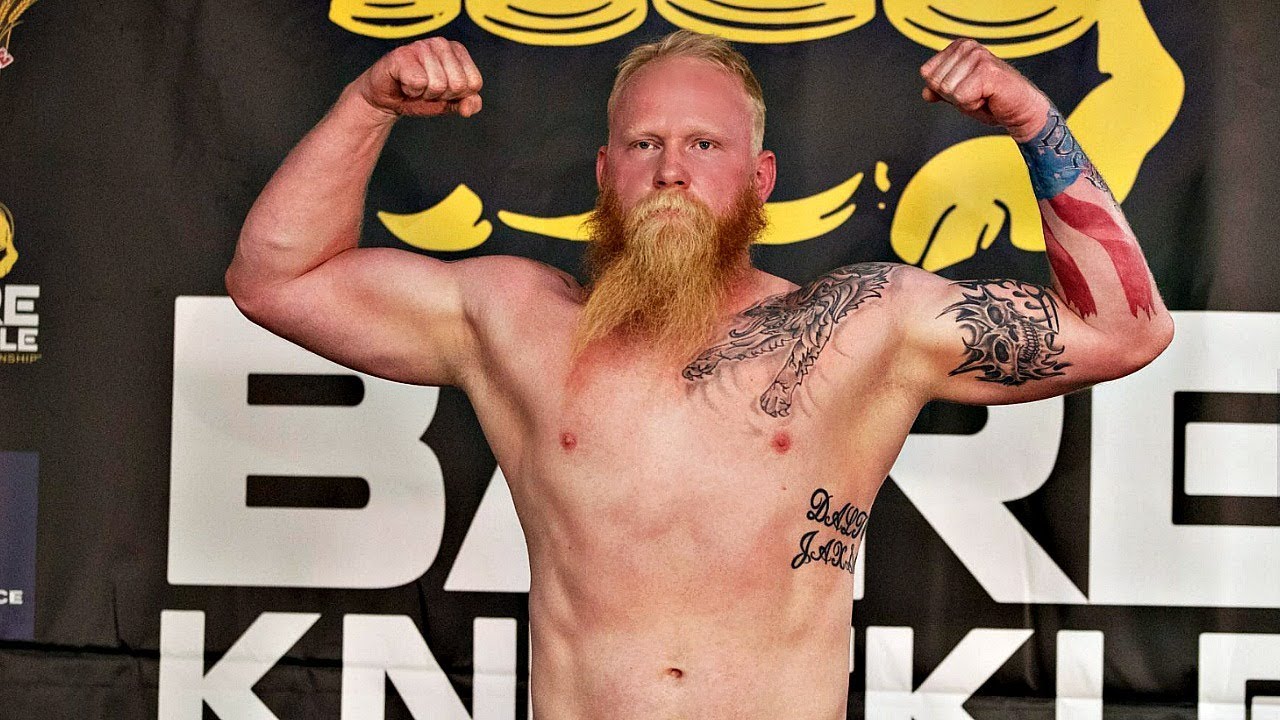 Sam Shewmaker was originally supposed to fight Mark Godbeer in the BKFC 15 main event, but a late substitution saw Bobo O’Bannon step in, and the two heavyweights tore into one another tonight in Biloxi, Miss.

Shewmaker (4-1-1, 2 KO) dropped O’Bannon (2-1, 2 KO) three times in a wild opening round, ending the fight at the end of the first on the third drop, when O’Bannon just finally ran out of the gas that somehow kept him up and firing back heavy shots while under assault from the 36-year-old Shewmaker.

O’Bannon cracked Shewmaker with some good ones here, but he was in kill-or-be-killed mode after the first knockdown. He knew he was on bad legs, knew he was hurt, and knew Shewmaker was going to try to finish. So O’Bannon, 35, threw back everything he could, and some of the shots that didn’t put O’Bannon down were big ones, too. He showed an incredible heart and chin staying up as much as he did, because Shewmaker was throwing bombs.

“I felt great, I’m back, baby, I’m back!” Shewmaker said after the win. “I’m hungry, I’m ready for that strap! Joey Beltran, where are ya, bud? Get up here!”

Of the performance against O’Bannon, Shewmaker said, “Just like breakin’ them rocks back home, you just gotta keep beatin’ that sumbitch ‘til he breaks!”

BKFC heavyweight champ Beltran, who was on commentary, did come into the ring, and they two exchanged what you might call respectful shit-talking.

“Great job, and I’ve said it once, I’ll say it again: everyone says they want this fuckin’ problem ‘til they get it,” Beltran said to Shewmaker, extending his hand. Shewmaker accepted the handshake, said he would “whoop Beltran’s ass” in the spring, and that looks like our next fight.

In the co-feature at a 150-pound limit, Tyler Goodjohn came over from the United Kingdom to get a win over super veteran Charles Bennett, aka “Felony” and “Krazy Horse,” an MMA fighter many of you probably remember from his prime, which was quite a while ago, in all honesty.

Goodjohn, now a listed 3-0 (1 KO) in bare knuckle after going 13-5 in pro boxing, maybe didn’t have exactly the performance he wanted, but he deserved the wins despite the boos from some of the pro-Bennett audience in Mississippi. It’s another loss for Bennett, who was dropped once on a right hand and didn’t engage a whole lot, but did open up some legitimate cuts on Goodjohn that came in part from Goodjohn being a bit too cocky for his own good at points.

“I boxed sloppy, to be fair, after 16 months out of the ring,” Goodjohn said after the fight. “He didn’t really want to engage, but I was a bit sloppy, and a win’s a win. You can boo me all you want, I’ve come here and won. It wasn’t a great performance from me, but it’s gonna get better.”

Asked if the cuts bother him, Goodjohn shrugged and siad, “I cut all the time. I’ve cut as a professional boxer every fight, bare knuckle every fight, I don’t give a fuck. The blood just spurs me on even more.”

Goodjohn had a specific name in mind for his next fight, and it could be a good one.

“Me and Jason Knight is the fight. I like Jason Knight, he’s a cool guy, tough as fuck like me. Let’s do it!”