Bob Arum: Tyson’s going to lead this sport into a new dimension 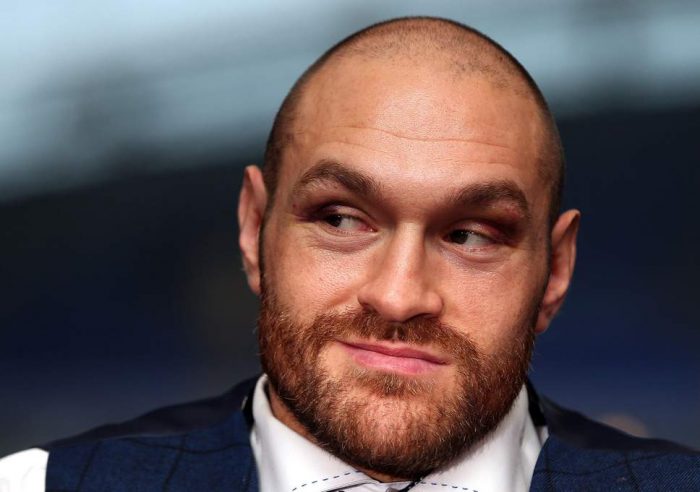 The legend is promoting Fury, former world champion, and preparing him for his bout with Germany’s Tom Schwarz in Las Vegas on Saturday.

“I recognised a larger-than-life character who reminded me of Ali and Foreman, both of whom I promoted”, Arum told BBC.

“So he will be a major, major star, not just in boxing but in the US.”

Practice offence and defence into it becomes like a smooth dance 🕺 pic.twitter.com/wFY5LHHqNI

“Tyson’s going to lead this sport into a new dimension, just the way Ali did in his time, and then later George”, said Arum.

“They were athletes who could resonate with the public, communicate with the public and endear themselves to the public. He is just that kind of personality – larger than life, intelligent, very articulate and he has interesting back story.”

Arum has been involved in boxing for over 50 years and has worked with the likes of Floyd Mayweather, Marvin Hagler, Roberto Duran, Sugar Ray Leonard, Oscar de la Hoya and Manny Pacquiao.

“He reminds me a lot of the early Ali. I haven’t seen a boxer in the division as tall and big, who was that light on his feet in years. Now that he has slimmed down and is in great shape I think he is by far the best heavyweight in the world.”

“We promoted almost all of Ruiz’s fights”, said Arum. “He’s a fairly good heavyweight, has fast hands, can box and takes a good punch but he can’t knock me out.”

It's hard to think these two will be trying to knock each other out on Saturday night… 😆 #FurySchwarz pic.twitter.com/NPY3nafIol

“We had him in with third- and fourth-level heavyweights that he never knocked out. For him to beat Joshua, there was a different Anthony Joshua.”