Bobby Green puts end on his career, blames judging and “not being understood” 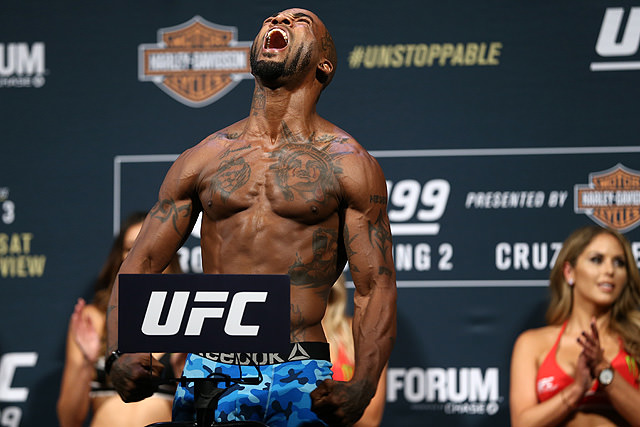 Bobby Green might have had one foot out the Octagon door this weekend, but don’t shut the cage on him just yet.

Saturday’s UFC on FOX 31 preliminary card on Saturday saw Green lose a unanimous decision to Drakkar Klose and then shortly after announce his retirement via Instagram (Green has since made his account private and he’s working to delete all of his social media), citing issues with the judging as one reason for his decision.

Green spoke to MMA Fighting on Monday to offer some clarity on the situation, though he couldn’t say for sure whether this was the last time fans will see him compete.

In 34 pro bouts, Green has suffered nine losses and five of those have come on the scorecards. He doesn’t have an issue with all of those calls, but he’s confident that he defeated Klose and he called it the “worst” decision he’s had to deal with in his career. Green’s style, which often sees him leaving his hands low during his fights and employing lots of subtle movements and feints, was not enough to convince the judges that he’d won on Saturday and he acknowledged that there are things he’s doing in the cage that might not translate live.

“I’m really sad about the way judging is. I think that we need to have better judging,” Green said. “We need to do different things with MMA. Don’t get me wrong, I’m not saying the fight’s not close, you can see certain things going certain ways. I understand how people can see certain things. But if you truly sit down and watch that tape, you’ll see the true winner.”

The 32-year-old lightweight was also unhappy with what he saw as illegal tactics on Klose’s part, especially since referee Keith Peterson let Klose get away with it.

Missing out on a win bonus stung for Green as much as the usual pain that comes from losing a fight. He thought his varied striking was enough to get the decision (an argument at least somewhat supported by FightMetric stats that show Green having out-landed Klose in every round) and that Klose was swinging “big and crazy” for the most part, with his best shots coming from “stupid little leg kicks”.

Green doesn’t plan to change his approach anytime soon and if he can’t figure out how to win over the judges, then he’s strongly considering moving on to a line of work that lets him provide for and spend more time with his three kids.

“I’m really trying to put a show on for the fans, but the style is very different to digest,” Green said. “I just do different things and I feel like if they’re not going to understand my style, that’s when I’m like, ‘Maybe I shouldn’t be dealing with this.’ I’ve been putting all this time into this stuff and I need to have some type of reward at the end of this.

“If I’m not doing this for my kids’ better future, why am I doing it? I think I should spend more time with them and do a normal job if I’m making $30,000. I could do a normal job and I’d be around more.”

Pressed on the question of retirement, Green was non-committal, though his frustration with the cycle of training, cutting weight (he says making weight for the Klose fight was particularly grueling), fighting, paying gym fees, and then starting that all over again is evident. Making matters worse, Green was only able to log two fights in 2018 after injuries forced him to withdraw from two other bookings.

Still, given that he emerged relatively unscathed from the Klose fight, it sounds like Green hasn’t completely abandoned the idea of getting back in there and proving to everyone that his unorthodox style works.

“I’m ready to get back in there to show people — I’ll go back in there next month to fight again and show you all that you gotta watch me, you’ve gotta watch my fighting style,” Green said. “It’s f*cking crazy, it’s like this little slippy bully, it looks like he’s hitting me, but he just barely glanced. It’s just this weird thing where people think he’s really hitting me. I don’t think I’m ever going to get understood in terms of my style. That’s what the problem is.

“I don’t know right now in terms of how I feel about that. I’m already getting to where I’m like, ‘Man, f*ck this shit.’ I’m just not gonna be understood.”