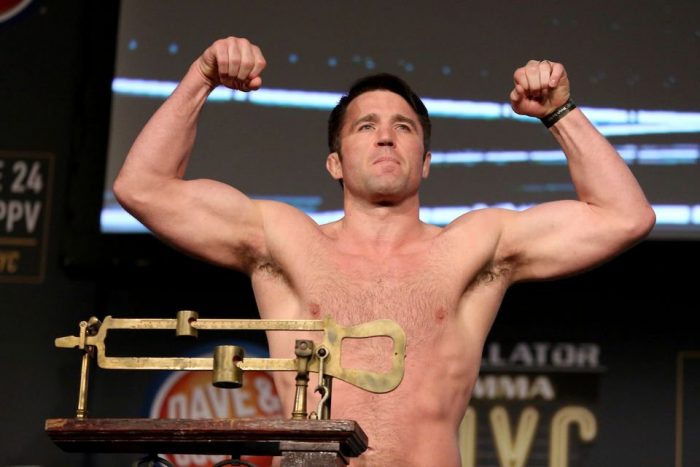 Chael Sonnen has some strong words for former foe Jon Jones following his recent brush with the law.

Jones was arrested for DWI and negligent firearm use, and has a history of run-ins with the law. Speaking to Submission Radio, Sonnen took aim at Jones’ recent behavior and how he thinks the UFC star is starting to embrace the role of the bad guy.

“The mask is off. The world’s known he’s a scumbag for a while,” Sonnen said. “But now that he’s finally in touch with just what a dirty guy he is, and now he’s putting out interviews, he’s steering into it. Look, from a likeability and civility standpoint, OK, go ahead and question Jon Jones’ character. I’m speaking about from a marketing and promotional standpoint. He’s doing everything right.”

“The gig is up. Everybody knows. You were on TMZ in handcuffs crying about “I want to go home and be with my kids.” Dude, it’s two in the morning, and you’re firing guns while shooting and running donuts in a parking lot drunk on tequila. Are your kids even still up, you bum? The fact that he would be that level of a scumbag – just go with it, just be a scumbag.” Sonnen challenged Jones for the UFC light heavyweight title in 2013 but was stopped in the first round.

“What popped out in the actual fight? I remember Jon, and I locked up right in the beginning, and I remember it was like a Volvo and a Mack truck, and he just pushed me across the octagon and my back even hit the cage, and I remember when it hit going, “I’m in a bad night right now.” I mean, I had a higher juice concentrate than Tropicana for that fight, and he still pushed me around.”

“So, I remember when he pushed me around, I go, “I know your secret, Jon.” And it was about a year later where he failed more drug tests than I did – which actually disappoints me. I had the record. Jon had to take everything from me, including that. But I do remember when we locked up the first time, I knew what I was doing, and I’m the one getting shoved around. I also know what he was doing.”