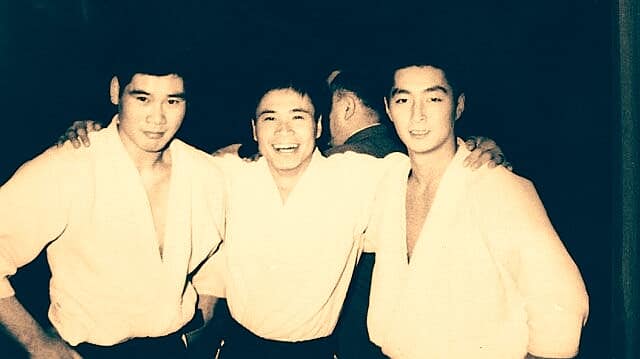 Tamura began practicing Judo and Kendo especially in college, under the direction of a friend of his father who was himself a teacher of this art. Particularly attracted to Zen in his youth , he became a follower of the macrobiotic founded by George Ohsawa.

After the death of his father, Nobuyoshi wishes to become fully independent. He discovers the Aikido in 1952 and receives support from many people, including Seigo Yamaguchi. The last one must return to his hometown to marry and offers him to live in his home until his return, expected a month later. Back with his wife, Mr. Yamaguchi suggested him to become uchi -deshi to have roof and food.

The young Tamura listened to his advice and joined the Aikikai Hombu Dojo, August 5, 1952 as an internal student. He mainly followed the teaching of Kisaburo Osawa and Doshu Kisshomaru Ueshiba. He quickly became one of the closest disciples of the founder Morihei Ueshiba. For several years, he accompanied O Sensei in the majority of his movements becoming his preferred partner for public demonstrations.