Conor McGregor has once again ‘decided to retire’ from MMA 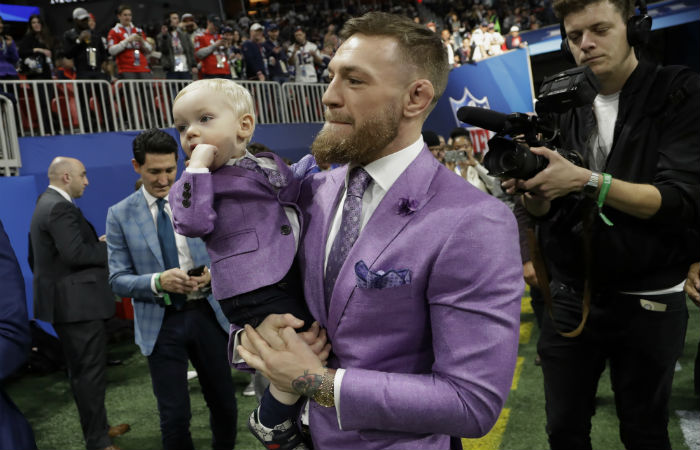 Conor McGregor tweeted what appeared to be a retirement announcement Monday night, though it’s unclear if that is his true intention.

“Hey guys quick announcement, I’ve decided to retire from the sport formally known as “Mixed Martial Art” today,” McGregor wrote in the post. “I wish all my old colleagues well going forward in competition. I now join my former partners on this venture, already in retirement. Proper Pina Coladas on me fellas!”

McGregor, 30, has been tied to a potential fight with Donald Cerrone for July, but Cerrone was booked last week against Al Iaquinta for a card in May. The hang up there was apparently the fact that the UFC wanted McGregor to be in the co-main event, which he turned down. McGregor said last week that he’d fight in the co-main event if he got shares in the UFC.

McGregor, the former two-division UFC champion and the biggest draw in UFC history, last fought at UFC 229 in October, falling in a lightweight title fight to Khabib Nurmagomedov by fourth-round submission. He was suspended and fined by the Nevada Athletic Commission (NAC) after that fight for his role in a post-bout melee, but would be eligible to compete again next month.

Earlier this month, McGregor was arrested in Miami for allegedly smashing the phone of a man who was trying to take a photo of him outside a hotel. McGregor is now being sued by the same man.

“The Notorious” was on The Tonight Show with Jimmy Fallon on Monday night and made no overtures about retirement. Actually, he said was in discussions to fight this summer.

“We’re in talks for July,” McGregor told Fallon. “So we’ll see what happens. A lot of politics going on. The fight game is a mad game. But again, like I said, and to my fans, I am in shape and I am ready.”

McGregor did say that he does not have to fight from a financial standpoint, because of his past success — he’s likely the highest paid UFC fighter ever — and the profitability of his Proper 12 whiskey.

“In reality, I can pick who I please,” McGregor said of opponents. “I’ve done a lot, I’ve fought a lot. I’ve never pulled out of contests. I’ve gone through some crazy injuries, some crazy external situations that many a man would sprint for the hills if it happened to them. But I stood firm, done my piece for the company. … Like I said, this whiskey is my baby. I have a lot of great entities. I don’t necessarily need to fight. I am set for life, my family is set for life. We are good. But I am eager to fight. So, we will see what happens. I’m just staying ready, as I like to say.”

A request for comment from McGregor’s Paradigm management firm was not immediately returned Monday night.

This isn’t the first time McGregor has tweeted about retirement. In 2016, he fired off a now famous tweet, saying he was stepping away from the Octagon after the UFC pulled him from UFC 200 following his unwillingness to go on a media tour.

“I have decided to retire young,” McGregor tweeted them. “Thanks for the cheese. Catch ya’s later.”