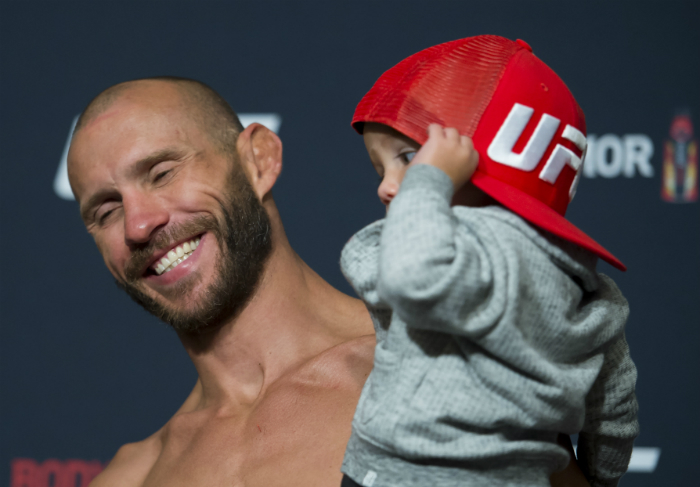 Donald “Cowboy” Cerrone has been a lot of things during his fight career, but he’s never been considered an afterthought before setting foot in the cage.

Ever since his return against Conor McGregor was announced for UFC 246 in January, the 50-fight veteran has heard how he’s serving as a speed bump as the Irish superstar seeks to get a win under his belt before seeking bigger challenges against names like Khabib Nurmagomedov or Jorge Masvidal.

Mind you, none of this has come from McGregor directly, but it’s impossible to ignore than the crux of the attention being paid to this fight has been on the former two-division champion and his future plans after he gets through Cerrone in January.

Cerrone even heard a rumor that he was receiving a massive payday from the UFC to essentially bow down to McGregor to help put back on his pedestal ahead of bigger marquee fights in 2020.

“Hell no, I’m not bowing down,” Cerrone told MMA Fighting. “There’s a bunch of sh*t going around, people keep telling me ‘I heard you’re getting paid to take a dive.’ There wouldn’t be enough money in the world for someone to pay me to take a dive. I could never look myself in the mirror if somebody paid me to take a dive. Sh*t, never happen.

“I’d rather fight for free than take money to f*cking lose. That’s not me. I’m going to fight my ass off like I do every time.”

Outside of those accusations, the main complaints made against the upcoming showdown in January have primarily surrounded Cerrone losing his last two fights in a row against Tony Ferguson and Justin Gaethje. Many believed that it should have been Gaethje, not “Cowboy,” who got the golden ticket to face McGregor in his first fight back in more than 15 months.

Cerrone counters by pointing at the resume he’s built throughout his entire career to know why he’s facing McGregor next.

He holds a gaudy list of records including the most wins and most finishes in UFC history not to mention three wins in a row against Al Iaquinta, Alexander Hernandez and Mike Perry that precipitated those setbacks against the top ranked challenger at lightweight currently and a former World Series of Fighting Champion riding a three-fight win streak of his own.

“I’m still No. 4 or 5 or whatever the hell I am. It’s not like I’m getting beat up by bums, somewhere down there getting tumbleweeded in the rankings pool,” Cerrone said. “I don’t know where I’m sitting but I’m still at the top of the list.”

If anything, Cerrone feels like the spotlight in this fight will ultimately shine brightest on McGregor, who has a lot to prove after seeing his name in the headlines for all the wrong reasons over the past couple of years.

McGregor hasn’t won a fight in the UFC since 2016 and his last two performances have resulted in a TKO loss to Floyd Mayweather in a boxing spectacle and then falling in a lopsided outing against Nurmagomedov last October.

That said, Cerrone expects nothing but the best out of McGregor when they clash in January because he has so much to prove after he was knocked down off his throne as the king of combat sports.