Cris Cyborg is no longer a member of UFC 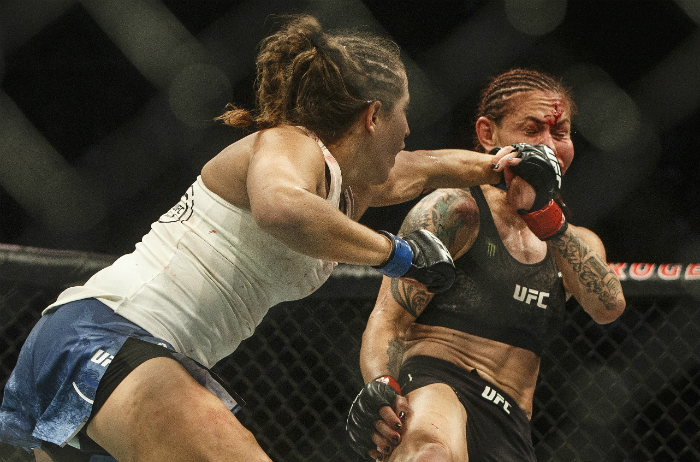 Cris Cyborg is no longer a member of the UFC roster, according to UFC president Dana White.

White responded to the former UFC featherweight champion’s recent criticism of him and said his promotion will be releasing Cyborg as soon as possible.

“All this other (expletive) that she’s putting out there – again, to avoid fighting Amanda Nunes,” White said. “Message received. I get it. I’m going to release her from her contract. I will not match any offers.”

While Cyborg’s UFC 240 victory over Felicia Spencer was the final fight of her contract.

The UFC president said he isn’t sure why the relationship between Cyborg and the UFC had soured in the weeks prior. If it was a business tactic by Cyborg, the UFC president disapproved.

“I don’t know what it is, but bad strategy,” White said. “I don’t hate Cyborg. I’m not trying to destroy Cyborg. All this craziness that she’s talking – do you know how many fighters I’ve dealt with over the years? People I really didn’t like, like Tito (Ortiz). Tito doesn’t like me, and I don’t like Tito. And we haven’t and we didn’t, but we still got fights done. We still did business.”

White said the recent feud with Cyborg, however, was a whole different animal.

“Look at the Jon Jones stuff that has happened and many, many other things that have happened with different fighters,” White said. “But we get through it. We figure it out. We get through it and we move on. But this is a completely different animal than anything I’ve ever dealt with before.”

White also restated his frequent claim that Cyborg did not want to rematch Amanda Nunes.

Recently, Cyborg has called out White for comments he made years ago prior to her signing with the UFC.

White said the comments were taken out of context.

“They were asking me about Cyborg and I said to the media, ‘Guys did you see her at the MMA Awards? Did you not think she was on steroids?’ She got up to get her award and she walks up the stairs and I was saying that she looked like Wanderlei Silva in a dress. What I meant was, she had the same physique as Wanderlei Silva. Then one month later, Wanderlei Silva evades a drug test and gets a three-year suspension from the sport.”

“First of all, I never came out and bullied and said anything about Cyborg. I was asked a question about the media. So now for hacks to throw up a 15 second clip of me saying that, it’s completely taken out of context. We talked about this – Cyborg and I – before she came into the UFC…. It is an absolute smoke screen to not face Amanda Nunes.”