Dana White: Conor McGregor will not fight in 2020 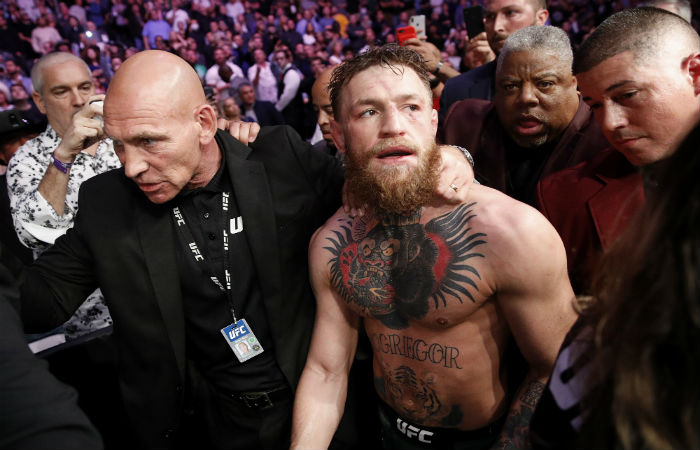 McGregor, of course, announced his retirement in June, but after a handful of previous retirements didn’t stick, not many believed this one to be a permanent decision, either.

“Do we all believe he’ll stay retired?” White asked. “I think most of us don’t believe that he’ll remain retired, but let me put it to you this way: I owe fighters that are under contract with me three fights a year. OK? If I don’t deliver those three fights a year, I have to pay them. Conor McGregor is retired, whether people want to believe it or not.”

McGregor has long been a master of using social media to help negotiate his options.

So when “The Notorious” recently tweeted “I accept” in
Tagalog, boxing superstar Pacquiao’s native Filipino language, rumors began to circulate that McGregor was looking for a return to the squared circle.

White doesn’t believe there’s any real interest on McGregor’s part in that contest. \

“If he wanted to do it, he would’ve called me,” White said.

“These guys keep asking me about Conor McGregor, who is retired,” White said. “Conor plays you guys like fiddles, man. You guys are like puppets on a string. He’s retired.”

“He sends one tweet that says ‘I accept,’ and it’s right after Khamzat calls him out and two other guys. I’m not focused on anything with anybody who’s not fighting. Conor McGregor is retired.”