Dana White: Khabib-GSP is not happening 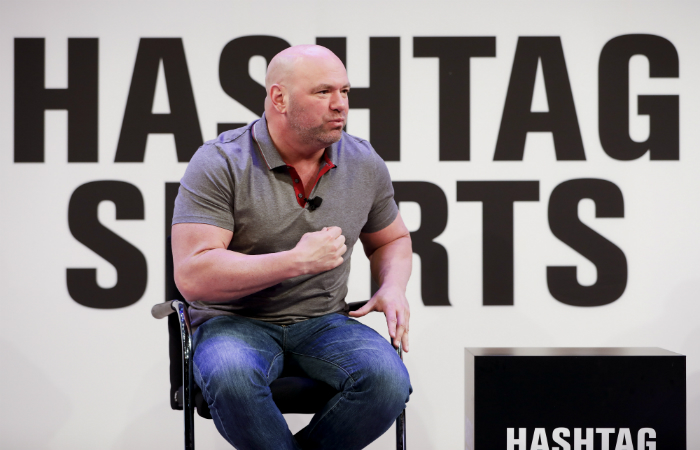 UFC President Dana White has stated that he loves Georges St-Pierre, but he is not gonna offer him a fight with the current lightweight champion Khabib Nurmagomedov (27-0).

GSP has his eyes on Khabib.
"The thing that excite me most is when I can be the first to do something (Referring to Khabib's 27-0)…I can't think of a better man or fighter that has a better legacy than Khabib"
Via @ArielHelwani#WMMA #TeamMMA4LIFE #GSP #UFC #KhabibNurmagomedov pic.twitter.com/G7Tp7ox7Mk

GSP retired from the field of mixed martial arts last year, stating that there is only one name he wants to face – Khabib. Unfortunately for him and the fans, a bout of such a magnitude will not happen and White gave the explanation behind it.

“Well, there’s two things — first of all, who doesn’t love Georges St-Pierre? I Love Georges St-Pierre, the best ever as far as human beings, great guy, love him. Georges St-Pierre and I had a deal, he was going to fight Michael Bisping at 185 pounds and if he won, he would defend the title. He bailed on that. Didn’t do it,” White told TSN (via MMA Fighting).

“So you can’t just come out and hand pick fights that you want for titles.”

“Rush” won the middleweight belt in 2017, but he didn’t defend it once.

“He made this deal with me that he would defend the title,” White added.

“He went in and he saw Bisping as an easy fight. He fought Bisping and then you look at the guys that are behind Bisping and they’re all killers. They’re all literally killers. But now to come back and he wants to fight at 155 for the title. We’re not doing a goofy 165 pound whatever that’s not going to happen.”

“I guess if I get into a position where Khabib, the champ, wants it bad enough, we’re going to have to talk about it, but at the end of the day it doesn’t make sense to me,” White said.

“You have other guys lined up behind him. You’re just asking me if Tony Ferguson is going to get a shot. We’ll give you a shot after Georges St-Pierre slides in at 155 and gets his shot. Then you’ve got Conor who wants a rematch,” he added.

“There’s guys backed up that want to fight in that division. You can’t come back out of retirement and hand pick fights that you want when you didn’t even keep your word with me on defending the 185 pound belt. Have I made that clear?”